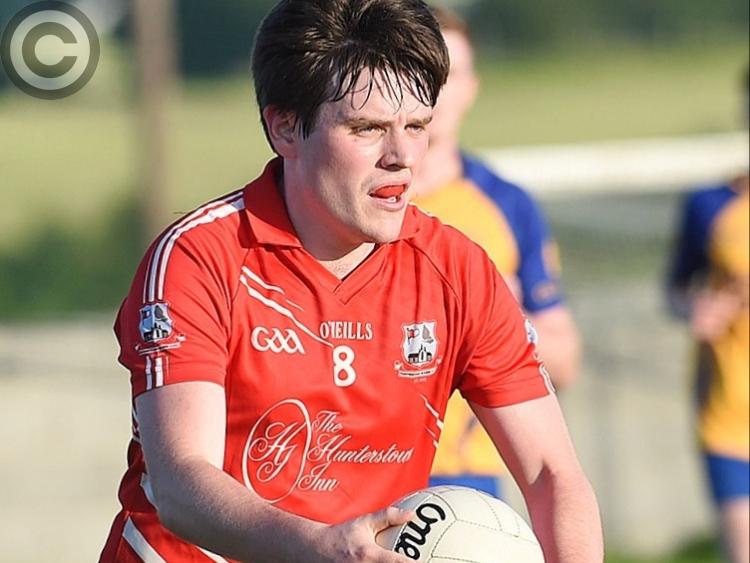 An excellent first half display helped Hunterstown Rovers claim their second win of the campaign as they defeated Young Irelands by five points at Páirc Éire Óg.

The Dundalk men went into the game on the back of four successive wins to start the season, but, after falling nine points behind at the interval, they left themselves too much to do and in the process they were knocked off the top of the table.

In a game played in difficult conditions, the decisive score arrived just before the break when Ryan Burns scored the only goal of the game.

Young Irelands started brightly and looked on course to maintain their winning run, with early scores from Jordan O’Donoghue (2) and Dermot Mone. Points from Alan Landy and Tony McKenna kept their side in touch before Rovers upped the pace in the second quarter.

Points from Paul Carrie, Glen Mathews and Brendan Lennon were followed by a late goal from Burns to send their side in at the break with a 1-9 to 0-3 advantage.

Led by the scoring of Mone, the home side battled to get back into the game in the second half, but they were unable to bridge the gap. Hunterstown were restricted to three second half points, from Landy (2) and Mathews, but it was enough to secure an important win.