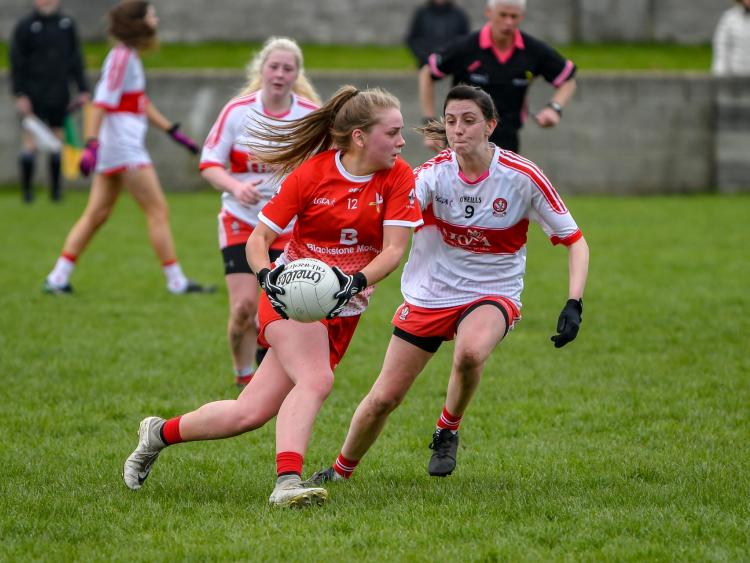 Louth manager Darren Bishop has asked for another strong performance from his troops in Sunday’s top-of-the-table clash against Fermanagh in Tullyallen.

The Reds enter on a five-match winning streak and can ensure themselves of a home semi-final with victory over the Erne County - a match which was previously postponed due to the weather.

Bishop watched his team devour Derry at Páirc Clan na Gael last weekend, scoring 5-9 from play, and the Louth boss now admits to knowing more about the identity of his strongest XV.

“I’d have a good idea of the team I’d like to settle on,” he told The Democrat.

“Against Fermanagh, maybe two or three positions are going to be up for grabs and it’s up to the girls to perform in those positions, but they’ll be told during the week as to what I’m thinking.

“They’re well aware of what I expect of them so if they’re given their chance against Fermanagh and perform then they’re leaving it a very hard job for me and the management team to pick a team for the league semi-final.”

Asked about his side’s impressive unbeaten run, since losing to Limerick in round one, Bishop referred to Louth’s defensive resilience in particular terms.

“We’re racking up big scores and different from last year, we’re racking up a lot of wides, but the big thing that has really impressed me this year is that we’ve the least conceded in the group.

“Going into this game we’d the least conceded and that’s a credit to my defence who’ve been absolutely fantastic.”

The Cremartin man said that he wasn’t overly concerned about securing a home semi-final place, insisting that the division’s ‘last four’ would be similar ability-wise.

Nonetheless, Bishop wants his team to secure the victory, over Fermanagh, that would earn his team the honour of hosting the knockout tie.

“No matter what team takes to the field next week or at any stage, you want to win, you don’t go out to not win a game.”