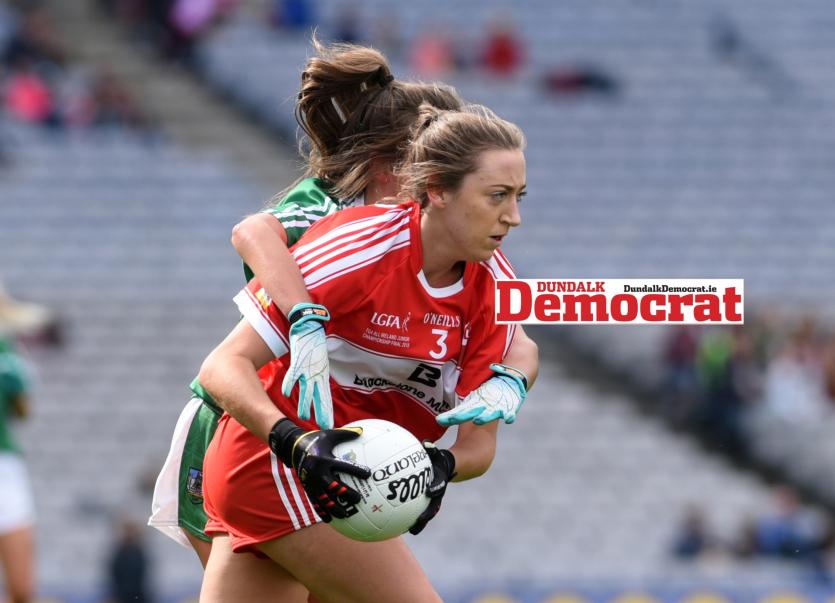 Louth ladies can take a significant step towards securing a National League semi-final place on Saturday when they take on fellow promotion chasers Fermanagh.

It was hoped the match would be played at Páirc Clan na Gael, but that intention fell through late last week with Glen Emmets' now set to host.

The Ecco Road setting would have provided the three Clans players on the panel with a match on home turf, something which Shannen McLaughlin, now a mainstay of the Wee County full-back line, admits would have been “great”.

McLaughlin was a ‘sole ranger’ on the Louth team that reached last year’s All-Ireland junior final, at Croke Park, having been the only Clans player involved, although that tally has been supplemented by Ciara Woods and Shannen’s sister, Alannah, in 2019.

POSITIVE VIBES
Following the late postponement of the round four clash with Carlow last Sunday week, Louth approach their latest encounter seeking to add to their two wins from three outings. Indeed, a victory would lift them into the division’s top-four.

But despite sitting outside semi-final territory (fifth), the camp are ultra-positive, with recent squad additions, including the aforementioned pair, creating huge competition for places, McLaughlin concedes.

“There are completely different vibes about the whole set-up. Training is going really well and there is huge competition for places.

“Darren has kept most of the panel from last year and brought in some new girls, the like of Rachel McNally, Susan Byrne is back and Ciara Woods. They’ve all come in and had an impact.

“We’re a really close-knit group, but the girls that have come into the set-up have slipped right in and Darren has brought an element of professionalism, too.

“We just have to keep pushing in the right direction and if we perform to our best (this weekend) I think we’ll have no problem, because we’ve huge ability in our team.”

The Erne County inflicted just one of two league losses on Louth last year, before the Reds came up short against Wicklow in the Division Four final.

McLaughlin played in that encounter, one which she remembers for reasons other than the result.

“It was an absolutely dreadful day where it snowed pretty heavily. I remember at one stage not being able to see the ball because the snow was so heavy.

“But we can’t change that (last year’s result), we can only control this game, and we’ll look towards writing that wrong.”