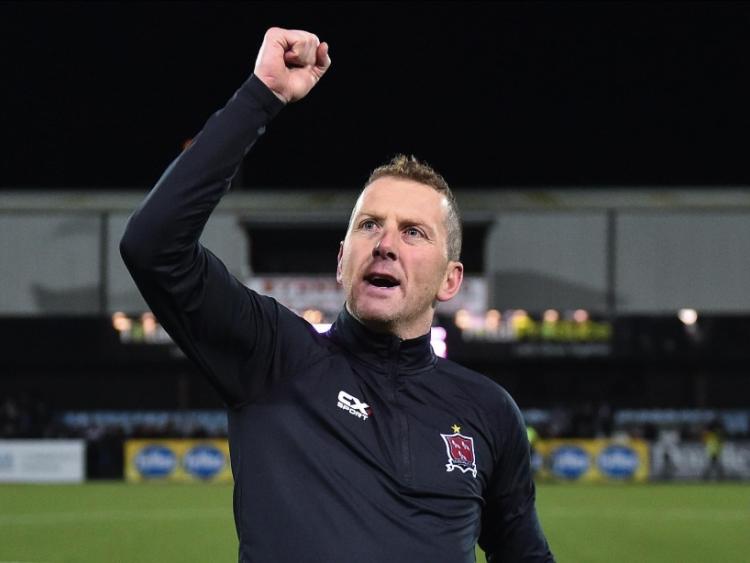 Dundalk FC head coach Vinny Perth is delighted with the impacts his new signings have made since joining in the off-season. (Pic: Seb Daly/Sportsfile)

Dundalk FC head coach Vinny Perth is pleased with the impact the club’s recent signings have made since joining.

With as many as five of last year’s double winners - Michael Duffy, Patrick McEleney, Chris Shields, John Mountney and Robbie Benson - missing from the team for Friday night’s victory over Waterford through injury, Perth was forced to pair new signing Seán Murray with centre-back Seán Hoare in midfield.

Jordan Flores and Daniel Kelly - two other off-season additions - were also started at Oriel Park, while Joe McKee was introduced off the bench.

And Perth has reserved special praise for the impacts they’ve had, particularly that of former Irish underage international Murray, who has quickly won over the support of those on the terraces with his displays.

“The club has backed us and they’ve allowed us to go into the market this year and really strengthen,” Perth said after the match.

“Seán Murray, Jordan Flores and Joe McKee, these people are real quality. Daniel Kelly is really starting to show people what he's made of.

“We would have liked to introduce these players a little bit as time went on, but we’ve had to push Seán (Murray) in quicker than we necessarily felt he was ready.

“He struggled this (last) week with injury because of the workload. He’s played five matches in a very short period of time having only played one match in five months before that.”

He added: “And they’re only finding their feet in terms of what we do and how we like to play.”

Perth also highlighted Cameron Dummigan as one to watch.