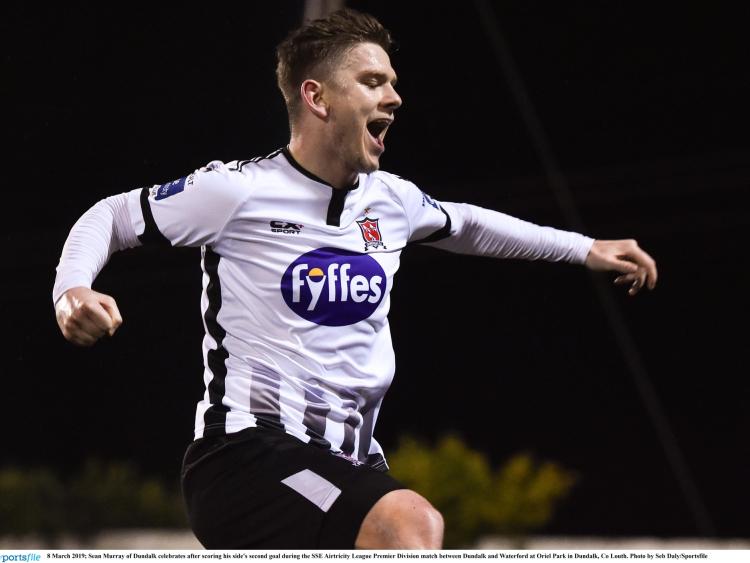 Dundalk FC put in a sensational performance to demolish Waterford FC, 4-0, in this SSE Airtricity League Premier Division encounter at Oriel Park on Friday night, where champions made light of their growing injury issues.

The Lilywhites' resources were tested to the full with the news before kick-off that star player Michael Duffy was unavailable through injury, joining Chris Shields on the ever-increasing absentee list. Seán Hoare was deployed in a midfield role, as Daniel Cleary and Jordan Flores came into the side.

The champions went close inside the first minute when Seán Gannon’s cross from deep on the right was met by the in-rushing Jamie McGrath who headed wide when well-placed ten-yards out.

But they did not have to wait long for the lead. It arrived in the eighth minute after a quick throw-in down the left which gave Seán Murray space for the cross and he delivered a pinpoint one onto the head of Patrick Hoban who finished well over Hugo Keto.

The ball was in the net again before the quarter-hour after a Flores corner caused trouble in the six-yard area and McGrath this time found the target but it was ruled out for an apparent handball.

Dundalk invited pressure from Waterford and on 18 minutes the hosts went close on the break after robbing possession. McGrath and Murray combined well, with the latter striking a stinging shot that Keto pushed clear. Then Daniel Kelly had a shot that was deflected narrowly wide.

Waterford had their first shot on goal right on the half-hour when Zak Elbouzedi cut in from the left and tried to catch Gary Rogers out at his near post, but the ‘keeper got down for a comfortable save.

The Blues were on the attack again on 35 minutes and if the ball had been left to Shane Duggan, it most likely would have been 1-1. Instead, moments later, it was 2-0 when Dundalk broke at pace and Murray rifled an unstoppable shot to the bottom corner from 18 yards.

They almost added a third in first half injury-time when Flores’ corner to the back post was knocked back across goal by Cleary, but Hoare’s header was cleared off the line.

Dundalk started the second half on the front foot and on 48 minutes Hoban volleyed just over, after connecting with a Murray corner. 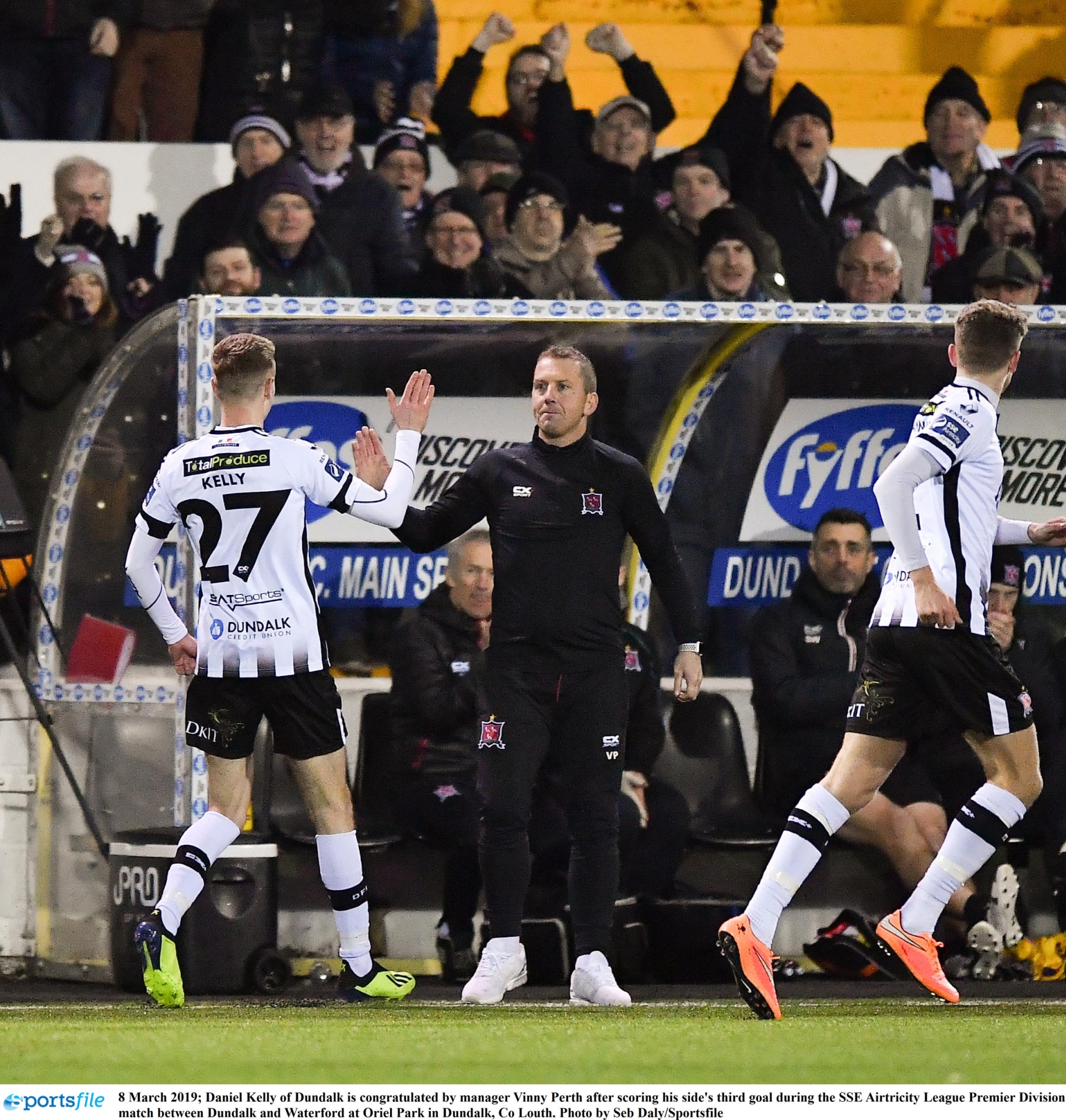 Two minutes later, Aaron Drinan almost pulled one back for Waterford when his snap-shot from 20-yards produced a fine save from Rogers who got across smartly to touch it behind.

But Dundalk put the game to bed on 57 minutes when the eye-catching McGrath played in Daniel Kelly and he blasted a shot past Keto.

Waterford emptied their bench, but they rarely threatened, with substitute Scott Twine going closest. However, he hooked a shot over the bar from close range after a corner.

And, as Dundalk saw out their first home clean-sheet under Vinny Perth, they added a fabulous fourth at the death as Cameron Dummigan entered from the bench to smash in his first goal for the club.