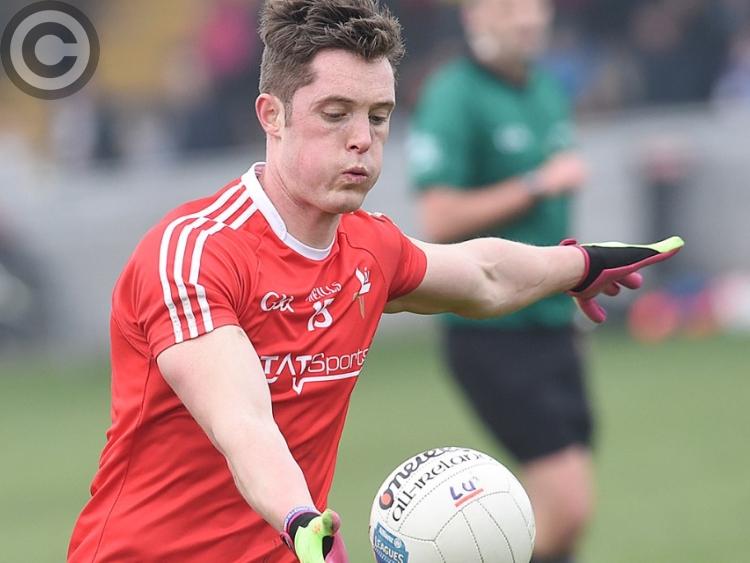 There is a jarring element to a Waterford man refereeing an inter-county football match and Alan Kissane’s performance in Carlow on Saturday night only reinforced this preconception.

While Louth didn’t do enough to win the game, particularly in an underpar first half display, the fact that just one-point divided the teams when Carlow had almost twice as many frees awarded in their favour, 23-12, suggests a lob-sidedness in the official’s handling of a physical affair.

Three black cards were brandished, Carlow’s Brendan Murphy and Darragh Foley spending 10 minutes on the line before Ciarán Downey finished the game among the Louth reserves, while Declan Byrne was the recipient of the sole red, the second of his yellows being clumsy as opposed to malicious.

Put simply, Carlow merited the victory - not that that condones their painfully defensive style of play - but had the referee shown equality in his decision-making, Louth could have got something out of this, perhaps even a fourth consecutive win, such was Sam Mulroy’s accuracy from placed balls.

Thus, it was no coincidence that the feeling in the visiting ranks was one of deep frustration, anguish at both an opportunity missed and at the raw deal they received from Mr. Kissane.

“Not all the decisions went our way,” Louth selector Liam Kelleher said, venting his views as diplomatically as could be expected.

“We’ll look back at the stats and I’m sure most of the supporters who were at the game would say that they had a free count in the mid-20s, we probably had 12/13. Is that an accurate reflection of the game as a whole? Possibly not.”

Nonetheless, Louth’s discipline, or lack thereof, is a recurrent theme. The Sligo encounter aside, the Reds have closed every league match with at least a player down, two in the case of this outing.

Byrne’s dismissal was fairly harsh and avoidable on both his and the whistler’s part. Had the latter kept a handle on the match by awarding frees when they were due, he could have prevented the tetchiness which triggered a flurry of cautions.

Indeed, Downey’s disciplining epitomised Kissane’s lack of control. It was clear that the Newtown Blues forward was being manhandled and stopped from challenging Carlow ’keeper Robert Sansom to a dropping ball. And while his reaction was unwise, he deserved a free in the first place.

Though not searching for excuses, Kelleher admitted their inability to retain the maximum complement proved costly.

“I would say the incidents were awkward rather than nasty and I don’t think they deserved the results they got.

“We will speak to the individual players again; we don’t want to be playing with 13 players. You saw our performance last week when we left 15 on the pitch.”

The telling score arrived after just 11 minutes. The Louth defence were caught badly as the scorer, man of the match Seán Gannon, cut through, creating a three-vs-two. Gannon didn’t need either of his team-mates, though, finishing to the roof of the net.

It changed the complexion of the game. Carlow wrestled firm control as a result, leaving Louth to panic somewhat, but instead of throttling Wayne Kierans’ men with their power and pace, they retracted their offensive intent, sitting back, especially as the interval drew closer and with Murphy sidelined.

Stationing 13 and often 14 players inside their own half, they allowed Louth to ponder forward, gently probe and gift possession away. It became monotonous until the break, at which point Carlow held a 1-5 to four-point lead.

“We were a little naive in the first half with passing and kicking balls in. We knew their tactics and got a little frustrated.

“They lost a man on a black card and put 14 men behind the ball. It was up to us to break that down; something which required a little bit of patience and there was some naivety with trying to rush things.

“If we can learn to bring patience to those type of scenarios, I think we’ll progress.”

Louth were majorly improved in the second half, but their tendency to attack through the middle saw them stumble into Carlow’s crowded areas, leading to the breakdown of many ventures forward.

They got to within one on several occasions, but failed to take that extra step in terms of drawing level, Jordan Morrissey, Foley and Darragh O’Brien extending the gap at various stages.

A late two-point salvo, from Mulroy and Ronan Holcroft, merely made the inevitable all the more agonising.

It could be this defeat which costs the Wee County promotion in three weeks’ time.

Westmeath are next up, on Saturday fortnight, May 16, in Drogheda. A victory there would leave Louth with their destiny in hand ahead of a final round trip to Down, matches which Kelleher hopes will see the return of several players, possibly even Conor Grimes, who has resumed full training.

“We would be expecting players back.

“We were a little bit short tonight, injury-wise. We were short a few and maybe the impact subs who we were counting on this last couple of weeks just had to preserve their energy for the 70 minutes.”