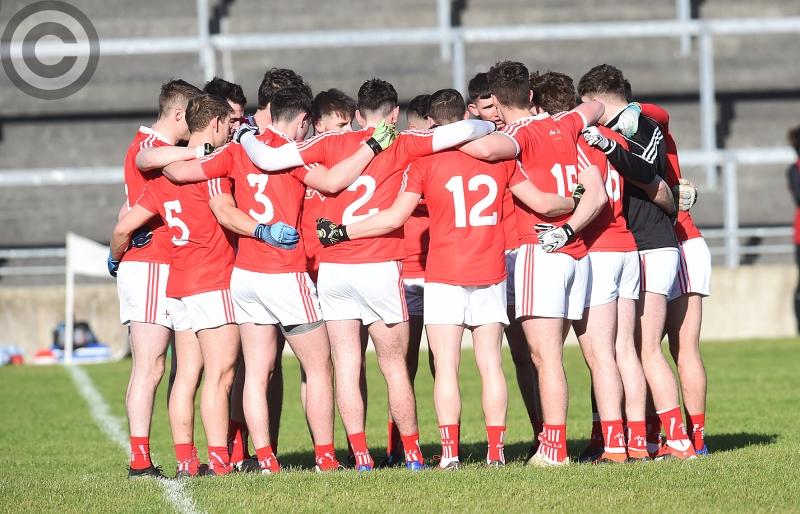 This is a good weekend for followers of football in all its hues. Dundalk FC play soccer, Ireland play rugby and Louth seniors play Gaelic football. The chances of the treble being brought up are not remote.

SOCCER
Dundalk, away to Finn Harps, can’t avoid making changes from the first day. That was a sickening injury sustained by Robbie Benson against Sligo, and having suggested in his first two selections he’d be happy to leave well enough alone, Vinny Perth has no alternative but to go with a changed eleven.

It’s inevitable that comparisons are going to be made as Orielites look towards the sideline - can it ever be as good as it was in Stephen Kenny’s time, they might wonder?

Understandable; but head coach Perth won’t be fazed. He had more than a bit-part to play over the past five seasons, and as he plots a course he hopes will bring more spoils to the Carrick Road, a lack of know-how won’t be a factor. His panel is as strong as he could wish for. Included are many who are professional in every way; listening to a different voice before heading on to the field won’t faze them.

The loss of two points on Friday night may not have been the worst thing that could have happened. If there was complacency lurking about, this sharing of the points would have dispelled it, and there are many who’d have quickly recalled last season’s opener, an uninspiring draw with Bray. It wasn’t too bad after that.

RUGBY
Injuries rule out any hopes Joe Schmidt might have had of going with the same fifteen that scored a win over Scotland, best described as workmanlike. Sunday’s third round Six Nations game is away to Italy, and even if he had a hale and healthy panel available to him, Schmidt would probably still want to change things around a bit. Italy always seem to offer their opponents that opportunity.

Nineteen years after entering the competition for the first time, Italy continue in the role of whipping boys. They began promisingly, beating the holders, Scotland, in their first Six Nations tie, in 2000. Eleven years later, they caught France, defending Grand Slammers, on the hop. But most often, avoiding being given the wooden spoon is seen as an Azzuri achievement.

The titles - Grand Slam, Triple Crown and Championship - won last season may be slipping away from Ireland, but there’s still lots to play for. The World Cup is coming up later in the year, and that’s a competition that never came to this country before.

Indeed, the green jersey has yet to be worn in a semi-final. Every one of the huge panel Schmidt has pieced together will want to be aboard for Japan.

GAELIC FOOTBALL
Four points from a possible six, and right on the shoulder of leaders, Longford. None of the predictions centred on Louth seniors’ league prospects painted a picture as rosy as that. Popular opinion was, it would be a good Division Three campaign if it didn’t end in relegation.

That might yet happen, but right now the team which Wayne Kierans is taking charge of for the first time can look forward instead of behind. Taking a negative view, just two points from the eight still on offer could be enough for survival. Anything more could have the Reds in the mix for promotion.

But as Sunday’s home meeting with Sligo looms, there is a disciplinary problem and it goes beyond the playing area. Manager Kierans is in the sin-bin, his punishment for having got involved with a linesman in the opening round match with Longford.

No match-day involvement for three months can only diminish his influence on affairs, but worse than that is the message sideline misbehaviour conveys to those wearing the jerseys.

Already there’s been a plethora of cards, black, yellow and red, and in none of the three league games has Louth had a full compliment on the field all the time. Conor Early, whose midfield partnership with Tommy Durnin has shown signs of being something decent, has failed to see out any of the games, and as he got the ultimate sanction in the Offaly tie last Sunday week, the Oliver Plunkett’s clubman won’t see any action against Sligo.

In the midst of all this there’s been one particularly fine performance. Louth were poor against Longford and lucky to beat Offaly, but in round two at Croke Park it was encouraging, an early blitz on the Laois goals paving the way for an easy win.

Accepting decisions, however unpalatable they might be, and not getting involved in vendettas will be a help in the team finishing at full strength, and also improve the chances of beating the basement- dwellers.