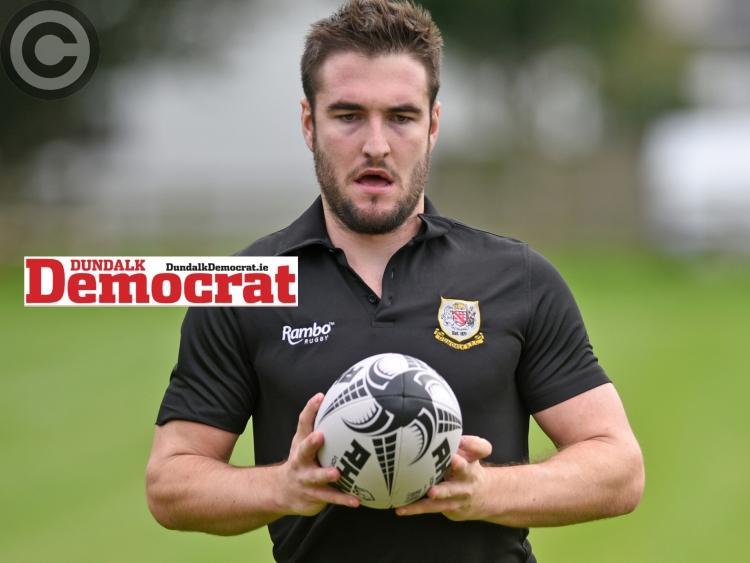 The defeat, their seventh loss of the Leinster League Division 1A season, does little to aid their fight against relegation ahead of Saturday’s home game against Ashbourne RFC.

Dundalk sit seventh in the table and while there were ample positives from the performance given in Wicklow, the manner of the defeat was galling considering they led with the 80 minutes up.

“The Ashbourne game will come sooner rather than later and we spoke in the dressing room afterwards about not being too down in the dumps,” Walls said.

“If we put in the same effort there is no doubt we will get a result and performance.

“We don't fear anyone in this league, it’s just about putting a performance together for the 80 plus minutes.”

The Mill Road men registered a penalty try with a minute to play to take the lead, 19-17, having trailed for a considerable period in a match they led early on.

Wing Patrick Reilly was on kicking duties for Dundalk and enjoyed a good outing, missing just once, having fired over a penalty in the early stages to give his team a 3-0 cushion.

While the set-piece remained at its usual high standard, mistakes in open play proved costly to the visitors and Wicklow - who won the earlier meeting of the teams at Mill Road - went in front with a converted try prior to Reilly cutting the gap to one from the tee.

However, on the stroke of half-time, Wicklow extended the lead to 14-6 through another converted major.

Reilly added two early second half penalties as Wicklow paid for some defensive indiscipline, before pushing the lead back to five with a three-pointer of their own.

However, Dundalk looked to have won the match when being awarded a penalty try - which saw Wicklow have a man sent to the sin bin - but the hosts came thundering back. Firstly, they saw a drop goal attempt sail wide and while Dundalk booted the resultant 22 drop-out downfield, back they came, eventually finding a route over the whitewash five minutes past the 80-minute mark.

It was sheer heartbreak for Dundalk, who must recover ahead of this weekend’s tussle against the team who sit just three points - and one place - above them in the table.