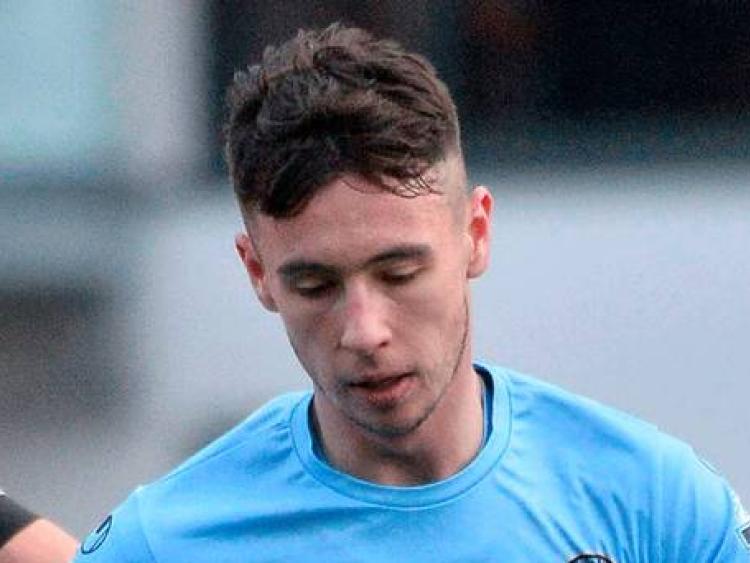 But, sprung from the bench with his team, Warrenpoint Town, trailing by a goal to derby rivals Newry City, the diminutive midfielder poked home at the end of a goalmouth scramble to earn Stephen McDonnell's team a point, 2-2.

It was a return they hardly deserved, having been second best in an encounter in which they trailed twice - the second concession coming from the penalty spot after another Dundalk man, Anton Reilly, was dismissed on a second yellow for a foul.

Watters' first goal of the season, he admits he didn't think an equaliser was going to come.

"It didn't (look like it was going to come)," he told The Democrat post-match.

"We had big Simon Kelly up top and Gaz (Ciarán O'Connor) was floating about and it just happened to fall to me in the box... I was delighted to put it away.

"As a midfielder, I'm usually sitting and holding, but I was told to come on and make runs forward, to try and get into the box and fortunately I got the reward for it."

Warrenpoint's Man of the Match, Ciarán O'Connor, was one of five locals to have taken to the field for the 'Point in the encounter. 'Keeper Aaron McCarey has recently signed for Dundalk, while boss McDonnell played for the Lilywhites, too, giving their line-up a somewhat parochial feel.

O'Connor was left panned out in the six-yard box after Watters' strike three minutes into stoppage time, but recovered some time later and emerged from the dressing room for his presentation.

"We didn't play too well today, but, to be fair, you can't play well every day," he said on the match.

"We had to play the conditions and they were really up in our face. We were lucky to get back into it and draw the game, but sometimes that's the way games go.

"We dug it out and got a result. That's the main thing."