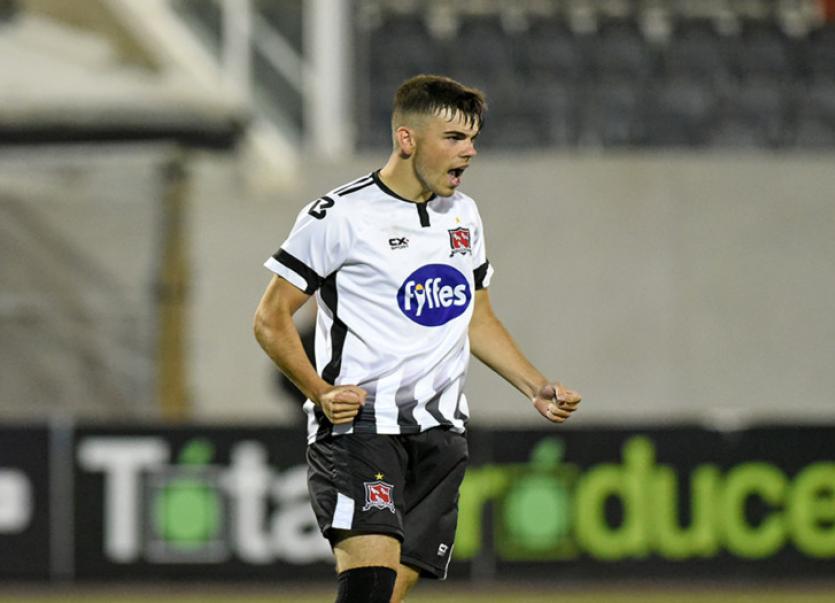 Karl Fitzsimons was in and around the Dundalk FC first-team last season. (Pic: Dundalk FC)

Karl Fitzsimons has become the second former Dundalk FC youngster in a matter of days to pen a deal with First Division Longford Town.

The midfielder, who can also play as a full-back, featured on the periphery of Stephen Kenny's first-team squad in 2018, making appearances in friendlies and the subsidiary competitions without being able to break into the double winning juggernaut.

Karl Fitzsimons comes to De Town after spells with Drogheda United and Dundalk FC and plays in central midfield and defence! This young man could play a key role this season.#CmonDeTown ⚫⚽️

He follows another academy graduate, Carlton Ubaezuono, into Neale Fenn's panel for next season, where the Midlanders will be hopeful of getting among the title contenders.

Yesterday, Dundalk added 'keeper Aaron McCarey to their squad and are expected to announce a deal for Daniel Kelly later today.