INSIDE TRACK | It takes greatness time to be really appreciated, St. Patrick's and Dundalk FC will learn that 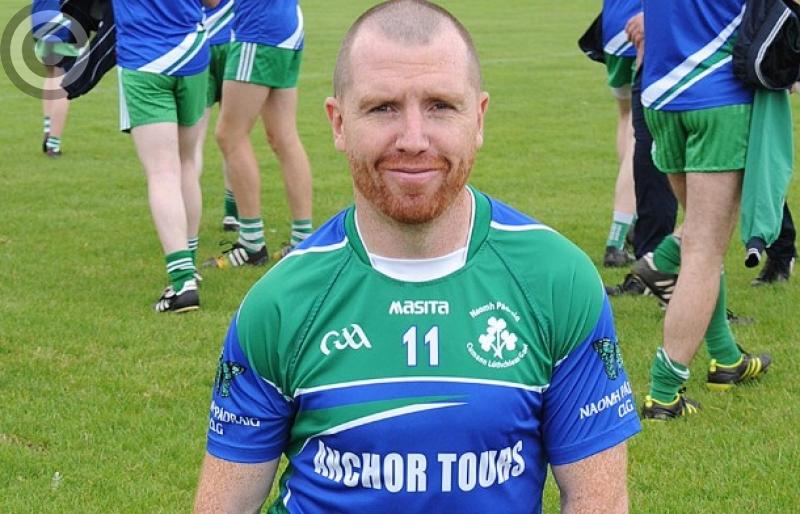 A point I make often whenever I’m having a chat with St. Patrick’s players is that it will be a number of years before they fully appreciate their achievements in recent-year Louth football. The same for those who follow the green-and-whites. The well may not now be rising to previous heights, but it was near to overflowing not too long ago. Times were good.

Many of the lads who comprised winning Pat’s teams helped Karl White celebrate his marriage to Kiara just over a week ago, and, though it wasn’t written down, football was prominent on the menu, as you would expect.

First-time winners in 2003, Pat’s were crowned senior champions seven times in a 13-year period. They also won the Cardinal O’Donnell Cup five times and the Paddy Sheelan Cup twice, along with failing in two finals, the championship (to St. Joseph’s) and the league (Mattock Rangers).

Here you have serial winners as well, at home as well as abroad. Everything the League of Ireland has to offer has come to Oriel in a short space of time, leagues and ‘Cups, all of them on more than one occasion. Success on the continent hasn’t been in the shape of a trophy-win, but it’s been significant nonetheless.

All of this has been in Stephen Kenny’s six-year watch, and supporters have loved it. But as with the St. Pat’s success, it probably won’t be until they’re browsing the record books in years to come that those who sit in the stands or on the Oriel or other pitch surrounds - some of them fortunate enough to have also been on the continent and in Tallaght for the record-breaking Euro nights - will say to themselves, that really was something special.

The part Kenny played in this period of unprecedented success cannot be underestimated. He came to Oriel in 2012, inheriting a team that had narrowly avoided relegation the previous season. Given the backing and financial support he needed by a then-locally-based club management he bought well and maybe coached even better. The survivor tag was got rid of, replaced by one with winner written large.

There was a pebble underneath as the Dubliner closed the door on his way out of Oriel, bound for green, if not greener, pastures (only time will tell). That was most unfortunate.

Kenny was always likely to come into consideration for national team recognition as Martin O’Neill and his sidekick, Roy Keane, stumbled from one poor result to the next, their hold on their posts becoming more fragile with each passing match. When consideration turned to a firm offer from the FAI, Kenny couldn’t really turn it down.

Had he kept players and club management better informed on the unfolding chain of events a fortnight ago - giving due regard to any confidentiality issue that may have been involved – the feeling of disappointment over his departure might not be so acute.

Regardless, Kenny has done more than enough to find himself locked in with previous Dundalk managers who had the word ‘era’ thrown over their shoulders. His has been one of unparalleled success, eight trophies and great Euro nights. When it comes time for Jim Murphy to again put pen to paper – if he hasn’t already - he’s sure to be devoting more than a page or two to the last six years.

Those other eras. Alan Fox put his name to the first of them, and then it was Jim McLaughlin’s turn. Turlough O’Connor, with Tommy Connolly a loyal outrider, and Dermot Keely followed, and they, like Fox and McLaughlin, had their great days, but don’t seem to get mentioned as often whenever there’s a backward glance. That’s a pity.

Fox may not have won too many trophies, but one thing that can’t be denied, he brought excitement and huge crowds to Oriel. His reign, in the mid-1960s, coincided with a time of great change – literally - at Oriel Park. It lasted two years, and during it Dundalk won the league as well as the Shield and City Cup. There was also a rare but memorable European night at Oriel, when  Hungary’s Vasas, one of the continent’s strongest at the time, were held to a goal.

For some reason, the Welshman’s stay had a sour closing paragraph. If Kenny’s departure had no more than a fast-moving cloud hanging over it, Fox’s was enveloped in darkness. He was given a free release by the club, but as he said to this paper at the time, “I was pushed into asking for my release. I felt I was being made a scapegoat… I expected to be with Dundalk for quite a while to come, and this will be a big upset to me.”

Fox went to Limerick, and didn’t go anywhere near replicating his Oriel Park achievements, unlike McLaughlin, who, on taking over at Shamrock Rovers, once again displayed his managerial mastery, leading the then-Milltown club to three league titles and two FAI Cups. And he tasted further victories when he moved on to his hometown-based Derry City. Before returning to Oriel where he ended his career he stopped off at Drogheda United.

The hugely popular Turlough O’Connor went back to his roots, teaming up with Bohemians, and Keely headed north to join forces with Glentoran.

All four - yes, Fox included - hold a special place in Dundalk memories. If he hasn’t done so already, Kenny will soon be elbowing his way into their company.