The life of Brian (McGuinness): From Florida to Gothenburg with Dundalk Schoolboys League teams 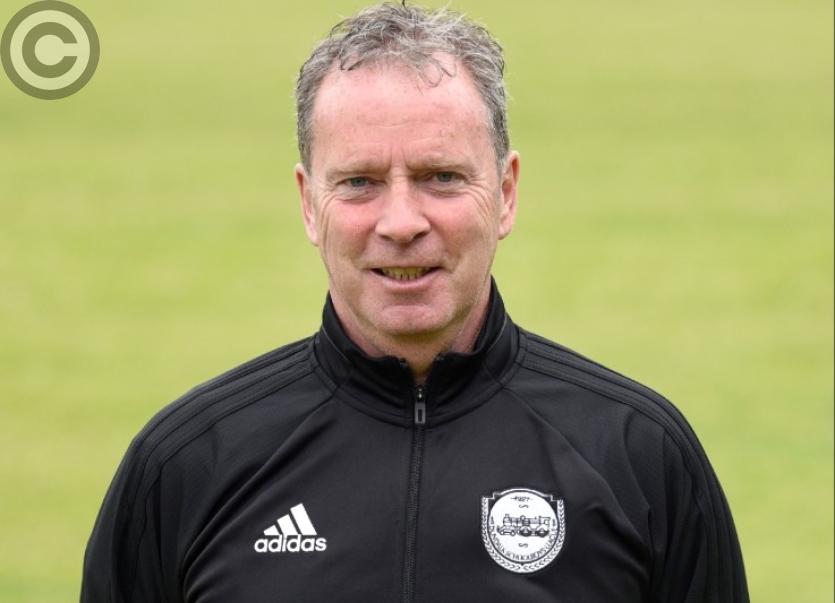 ITV commentator Clive Tyldesley’s reaction to Wayne Rooney’s goal for Everton against Arsenal in 2002 is memorable to say the least.

“Remember the name, Wayne Rooney,” he pronounces as the 16-year-old wheels away to greet the bouncing patrons of Goodison Park. It was The Toffees’ second goal in a 2-1 win.

But Brian McGuinness had already heard of the Liverpudlian. In fact, he can empathise with how Arsene Wenger felt on that October afternoon.

Two years previously, his Dundalk Schoolboys outfit, which included former Louth forward Shane Lennon, were holding the Merseysiders scoreless in the Milk Cup and all set for a great start to the tournament, before Rooney was introduced and scored the winning goal.

THE GAFFER
A native of Seatown, last summer McGuinness took a Dundalk selection to the Gothia Cup in Sweden for “the last time”.

‘The farewell trip’ was his “40th or 41st” adventure with local schoolboys, though retirement is now calling for ‘The Gaffer’.

“The travelling is fantastic and just to get a group of lads away, you see them in a different light,” McGuinness, this parish’s Schoolboys League reporter, says.

“Everything is quite easy because the kids work so hard to get there with fundraising and bag-packing, and they get a great buzz out of travelling abroad and playing players from different countries.

“We’ve played teams from everywhere. I remember Stephen Kenny saying at the Square two years ago that they put Dundalk on the map, I’d dispute that!

“We played teams from nearly every country in Europe and every continent. It’s unique,” he adds.

Over a 25-year spell, McGuinness had Seatown and Dundalk sides all over the globe, one trip in particular saw a team representing the former spend two weeks in Florida. Edwin De Roever - a Dutch man who lived in Dundalk - had a major input here. While, in 2009, having lifted their league and cup in Ireland, Seatown turned up a three-timer in Rimini, Italy - a side which featured Clan na Gael’s Conall McKeever, who, like Lennon, has since gone on to represent Louth.

Self-admittedly, Brian would have been fond of GAA growing up, playing with Dundalk Young Irelands, the team whom he won various championship medals with. His father played with Clan na Gael - and soccer with St. Patrick’s - while Brian’s mother was a camogie player for Kilkerley. But, in coming from a house where Dundalk FC became the main attraction, his head was turned to soccer and after co-founding Seatown FC in the mid-eighties, it wasn’t for swiveling back.

Moving into coaching, having played for Jimmy Clancy at Quay Celtic for years, Tommy Connolly got him involved in a course at Oriel Park. Noel O’Reilly, another “great man”, was involved here as Brian was paired with Terry Kelly, a man who remains at the coalface of local juvenile football, through both management and sponsorship.

Of all the players who have passed through his hands, he name checks a few, Micky O’Kane being one who never strays by without sharing a joke and a smile.

Paul Murphy is another who entered the conversation, the ‘keeper who spent time at both Leeds United and Leicester City across the water before enjoying two spells with Dundalk. It was the ‘keeper’s journey which seems to have given McGuinness his greatest sense of fulfilment.

“We played DDSL in the first game at the Kennedy Cup; they beat us 1-0, but Paul saved a penalty.

“There were scouts all over the place and everybody wanted him. He signed for Leeds after his 14th birthday.

“We got a great contract for him at the time. If Paul had to have played for Ireland (seniors), we’d have got thousands.

“But he got 30 or 35 underage caps for Ireland. I went over to see him play against Wales one of the years; two of them (Murphy and Drew Duffy) were capped in the same game.

“Wales won 1-0, but I think it’s a very unique thing to have two players from the one team in Dundalk; it hasn’t happened since. To see the two of them walking out in Irish jerseys was fantastic.

“I just love to see players developing and progressing.”

Hence his decision to never move into adult football on a full-time basis.

Another occasion saw a Dundalk team of his come from 2-0 down against Germany’s Armenia Bielefeld to win their Foyle Cup clash, 3-2. Eamon O’Neill, who recently won the Louth IFC with St. Mochta’s, scored the winning goal.

“It was an incredible achievement.”

In doing so, they caused the Bielefeld manager to purchase a nappy for every one of his players, telling them that they would need it after sh*ting themselves against the Irish.

THE FUTURE
Brian reckons that he’s at the age to ‘retire’ from his schoolboys coaching. Instead, he plans to travel after the double winners, his beloved Lilywhites, more and enjoy the local juvenile scene.

But grassroots football is something he fears for, especially the respective Schoolboys Leagues, following the introduction of younger League of Ireland grades.

“I’m concerned. Over the last couple of months, I’ve seen a drop off in players; there doesn’t seem to be the interest and I’ve heard of players stopping playing football, giving up.

“I know Ruud Dokter (FAI High Performance Director) wants the elite playing with the elite, but I think it’s a knockdown for some of the players who are not chosen or can’t even get a trial.

“My original concern was that they were basing their (directives) on a Dutch concept and Holland haven’t qualified for anything in years!

“Long term, we will probably see the fruits of it, but the players who are caught in between, are they falling through the net?”
A question for another day.

ROONEY!
Eighteen years on, Rooney has shuffled to the States to wind down, but for Brian, the local beat goes on. He will remain an omnipresent on the sideline, just without his manager’s cap.