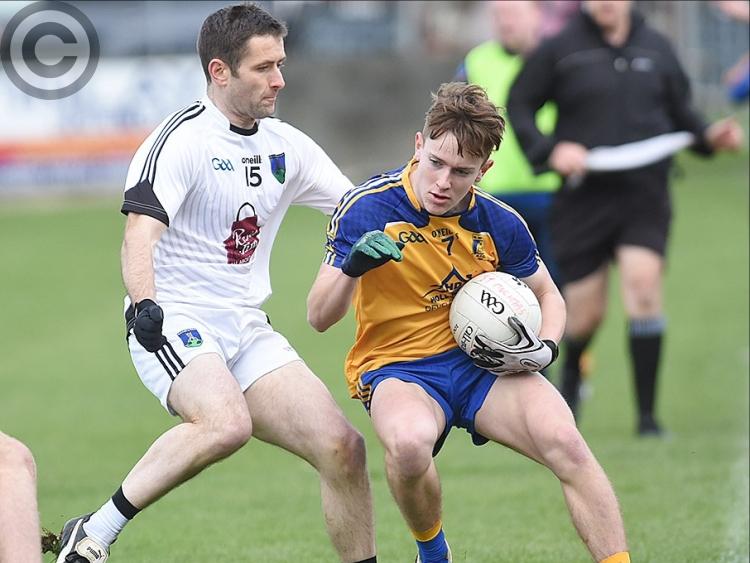 St. Mochtas’ Leinster intermediate adventure was brought to a halt in Ardee on Saturday afternoon, despite launching a spirited late revival.

The Louth Village outfit had Eamon O’Neill back in the team following his absence for the first round win over Longwood, but, at the same venue, they sampled defeat for the first time since mid-summer, going down to Courtwood in what was the Laois men’s debut at this level.

MOCHTA’S CHARGE
Declan Byrne once again led the charge for Seamus McGahon’s side, who fought back to claim a one-point interval advantage having conceded the first half’s only goal. But the visitors were the more accomplished of the pair and helped by a fine individual display by wing-forward Luke Doran, they came with a decisive third-quarter blitz.

The victors were worthy of a five-point lead with 10 minutes to play, having held Mochta’s scoreless for 19 minutes during the second period, in which time they found the net for a second time through the impressive Seán O’Flynn.

Mochta’s have built much of their success this year on gaining and defending leads, though, to their credit, they finished much the stronger and helped by Ciarán McMahon’s rather fortuitous major, had Courtwood on edge as the game entered stoppage time.

Here, the hosts got one last opportunity to salvage an unlikely victory and as Eamon O’Neill’s delivery rained down on the Courtwood goal, Byrne rose highest as the net awaited.

Doran intercepted a sloppy pass from Philip Englishby before calmly angling his shot to the corner of Jason Callan’s net.

Yet Mochta’s reacted the better, closing the half with four of the final five points, McMahon, Byrne (2), Gerry Garland and Jamie Farrell edging them 0-8 to 1-3 in front. Danny Luttrell’s second 45 of the contest reduced the margin to the minimum at half-time.

Courtwood re-emerged the stronger, though, scoring thrice in succession in between points from Darren McMahon and Byrne as the teams stood on level terms with 20 minutes to play.

However, the Louth natives wouldn’t score again until McMahon’s trickled goal with a minute to go, which somehow evaded Courtwood ‘keeper Matthew Byron.

Nevertheless, Byron’s blushes were spared by his side’s ability to protect their advantage as Mochtas’ whirlwind season finished in a typically frantic style.