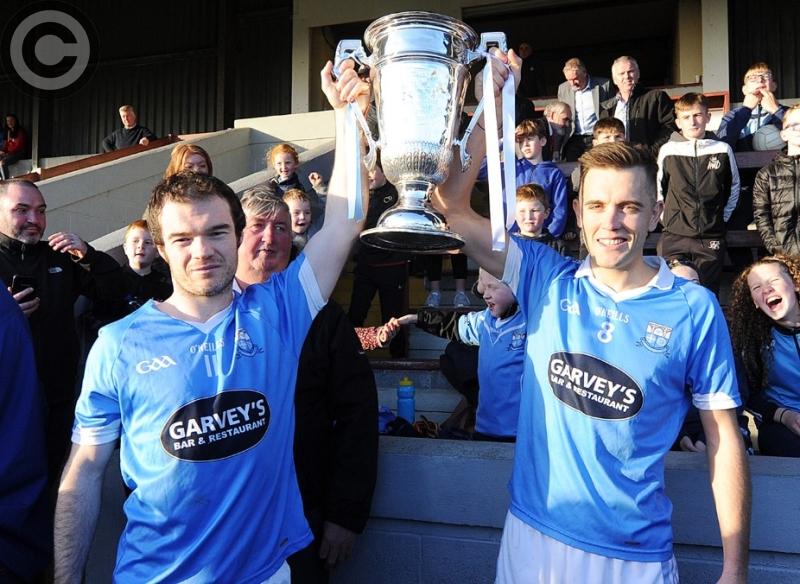 The record book doesn’t read well for Newtown Blues going into Sunday’s Leinster Club Championship tie with Éire Óg. Aside from no Louth team having ever won the provincial competition in its near 50-year history, only once in six meetings has this county’s representatives managed to beat Carlow opposition.

So, which team was that?

That’s a question that will come easy to only Young Irelands folk, for, indeed, it was the 1978 champions, captained by Seamus Haughey, that got the verdict in a contest between the two smallest counties’ standard-bearers.

Playing a first round match against Tinryland at Dr. Cullen Park, Irelands won by 2-6 to 0-7, the goals coming from Gerry Nixon and Pat McGeary. They failed to keep up the good work, going down heavily to Offaly champions, Walsh Island, a fortnight later at Páirc Tailteann.

Éire Óg were involved in four of the other Carlow victories, beating Cooley Kickhams, Roche Emmets, Newtown Blues and Clan na Gael. Tinahely got the better of St. Fechin’s, back in the GAA’s centenary year.

Their 1998 win over Clans was a prelude to Éire Óg advancing to lift the provincial crown, beating Kilmacud Crokes in a final that went to three matches. In all they’ve won the provincial five times and were unlucky on one occasion not to add the All-Ireland.

The team based in Carlow town has clearly got a good pedigree, and while there’s a feeling abroad that because of the way in which the draw has unfolded, Louth has its best chance in a while of producing a first-ever winner of this championship, it would be wrong to think Blues will have it easy at Drogheda on Sunday, notwithstanding Carlow teams’ dreadful run in the competition over the past decade, as outlined by Caoimhín Reilly elsewhere in these pages.

Though still in its infancy, this latest provincial series is going well for Louth sides. St. Mochta’s, playing in the intermediate competition for only the second time, slipped it across Meath side, Longwood, in the first round - and taking a leaf from the ’78 side’s book, Young Irelands accounted for Westmeath junior champions, Kilbeggan Shamrocks.

Declan Byrne is displaying all the experience that a nine-year inter-county career can offer, wearing the Mochtas’ colours. He had a fine campaign in the county championship, choosing the final to come up with his No. 1 game, and on his return to Ardee’s Páirc Mhuire, where the Villagers accounted for a strongly fancied Mattock Rangers in the semi-final, showed there was more than just a few jaw-dropping scores in his locker, scoring seven times in the defeat of Longwood. One of his points came from a sideline-kick.

Mochta’s are back in Ardee on Saturday, playing Laois title-holders, Courtwood, and a win will keep them on track to becoming the fourth Louth side to score a provincial win in this grade, following on from Gaels, Geraldines and Sean O’Mahony’s.

An extended run for the three Louth teams could impact on county team boss, Wayne Kierans’ plans. Undoubtedly the new man would like to have all available to him as he plans for the O’Byrne Cup, but on the other hand, he can continue to experiment in the absence of the players engaged at provincial level. The subsidiary competition has its uses, but it’s what follows, the league, that carries more importance. Kierans would like to have his full hand to play with by then. He’s wished the very best as he prepares to take his senior bow.