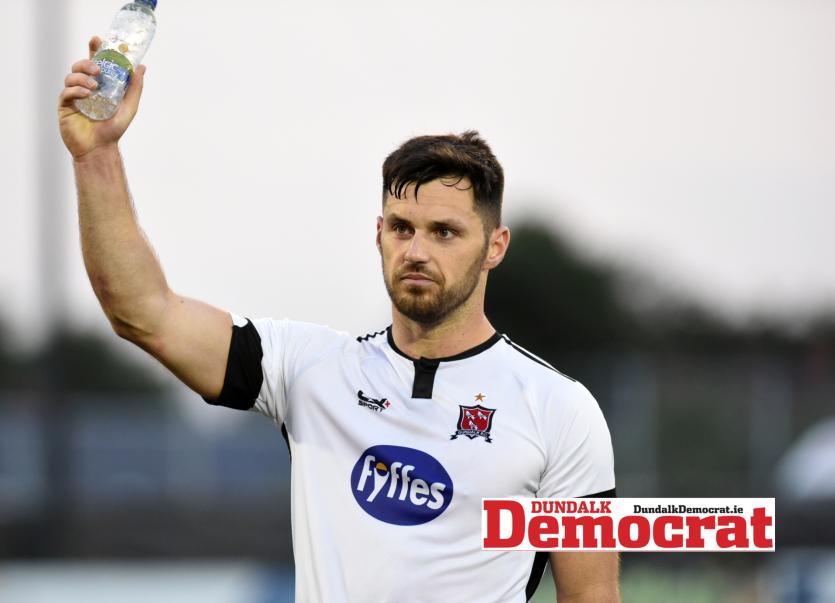 Pat Fenlon says Dundalk FC hotshot Patrick Hoban is “a manager’s dream” and expects the Lilywhites to complete a second double in four seasons at the Aviva Stadium on Sunday afternoon.

The former Shelbourne, Bohemians and Shamrock Rovers manager, who bossed Bohs to the league and FAI Cup 10 years ago, says the striker’s work-rate sets a tone for the team.

“He’s had a fantastic season and it’s disappointing that he didn’t do better when he went across (to England) because he’s got all the attributes to do well,” Fenlon told The Democrat.

“He’s been brilliant this year, to score that many goals in any league… but I think his work-rate is tremendous.

“A goalscorer is a goalscorer, but what he does off the ball, as a manager, is a dream. Stephen’s (Kenny) said that he’s popped up with really important goals, which is his job, but his work-rate just sets a tone, sets a tempo for Dundalk and doesn’t give defenders an easy time. To have that from a frontman just drives everyone else on.”

And Fenlon, who has won the ‘Cup as a player and manager, forecasts the Galwegian to have a big impact this weekend.

“It’s a big pitch and Dundalk have plenty of pace and movement in the team. I think Cork will try to make it as difficult as they can for Dundalk to play and they might just have to be patient and break them down.

“But the longer the game goes on it’ll probably favour Cork so Dundalk will need to start quickly and brightly and get the first goal and if they can do that, you have to open up against them and that’s when you can be vulnerable.”

“I think Dundalk will win,” he added.

“I think they’ve got a lot of firepower in their game and a lot of goals, their goals tally is phenomenal and goals against is very good so I think they’ll shade it with the goal threat that they have.”

While each of their three recent finals meetings have been poor spectacles, Fenlon admits that they have been “interesting”, in reference to the “nervy” nature of the clashes.

He says the FAI’s showpiece occasion hasn’t been the same since it moved back to Lansdowne Road, citing his 2008 win over Kenny’s Derry City with Bohs at the RDS as a great final.

But, in terms of closeness, this decider could be different, he feels.

“I think Dundalk are much stronger than Cork at the moment.

“I’ve seen Dundalk quite a bit this year and they’ve been very good; Cork, over the last four or five weeks, have struggled to find a settled team.

“It (the recent game at Turner’s Cross) probably was a cup final as well because if Dundalk won it was league over really.

“To go down and win in the back yard of your biggest rivals is a big achievement and it will give them confidence going into the game, but I don’t think they’ll lack confidence.

“I don’t think Cork will lack confidence either because they know they’ve had the measure of them a few times, but I just think Dundalk, at the top end of the pitch, have a little bit more about them.”