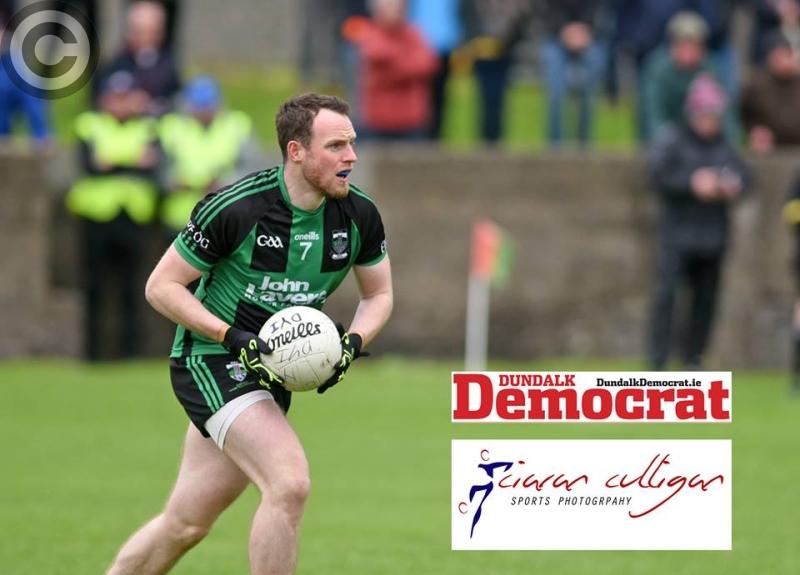 Gerry Nixon’s last words to his son, Peter, on Sunday morning were: ‘no pressure, but you’re representing the Nixons today’.

And did he represent the family well as, ultimately, only for the defender’s last gasp intervention, Glyde could have broken Young Irelands’ hearts.

The now four-time championship winner got his hand to Brian Duffy’s pass across goal, which would have given the Tallanstown men a glorious opportunity at scoring a match-winning major, to save his team’s Christy Bellew dreams.

“My father is a staunch Young Irelands man, it’s a tribal thing with us,” Nixon said with tears in his eyes.

“I wouldn’t be here today only for my mam and dad pushed me out the door. They just drove me on today and there is a brother of mine (Andrew) who I feel still has football in him and he wasn’t playing today. I did it for him.”

In that moment where carnage was in clear view, Nixon felt Young Irelands’ chance was gone.

“I didn’t think it was our day. I’m lucky enough to have won a few championships and championship football involves a lot of luck. But I also know what it feels like to lose them as well. It’s the kick of a ball really.”

One of Nixon’s aforementioned medal wins came with Sean O’Mahony’s in 2014 when they lifted the intermediate title, a success he also tasted with Young Irelands in 2010, three years after the Hoey’s Lane men enjoyed a junior victory.

But, having returned and suffered double relegation 12 months ago, to bounce back at the first attempt makes Sunday’s win stand-out more than the others.

“This one means a lot to me, coming back from the O’Mahony’s and having so much success there...

“Last year we just fell asunder and I was I suppose at the latter end of my career thinking that I was never going to get to another final or intermediate football, and that’s personally where I want to be playing, or senior if possible.

“I think this current crop of players, there is youth, there is experience and if we can group together I’m sure we can go for the intermediate in the next couple of years.”