INSIDE TRACK | Shots from both Italian player Riva and Dundalk FC's Robbie Benson have broken arms... 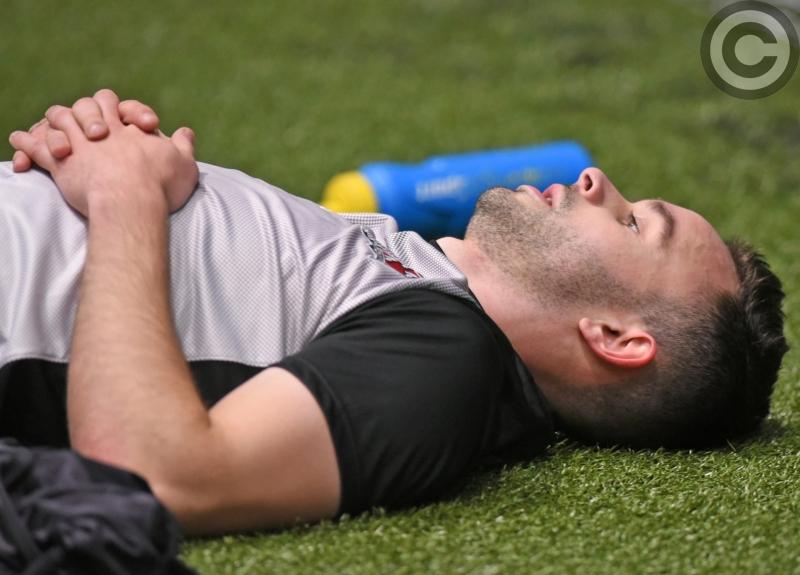 You don’t often see it, but it can happen, a spectator getting a whack of a ball while teams are warming up. In two such incidents in recent weeks, a Dundalk supporter was one of those to fall victim.

Most onlookers are on their guard when a game is in progress - if a wayward ball heads their way they can usually protect themselves or take evasive action. But there’s not the same awareness before kick-off.

A few weeks ago Limerick played host to Dundalk in a league tie, and standing behind the Market’s Field goals where Dundalk were limbering up, a travelling supporter wouldn’t have seen himself as being in any great danger. Several shots went in on Gary Rogers, and were either capably dealt with or went wide of the posts.

One from Robbie Benson was neither saved nor wide of the mark, however. It was a helluva drive, as they say, which flew over the bar and into the area where the Dundalk supporter was standing. Luckily, he saw the ball coming straight at him in time to put up his arm to protect his head. But in doing so, he got a broken wrist, such was the ferocity of the Benson shot.

The outcome from a similar incident in a League One tie the weekend before last wasn’t as serious, even though the injured party, a young boy, got struck in the head. Southend were playing Fleetwood, and as happened at the Market’s Field, a potshot went into the crowd.

The great Italian striker, Riva, was renowned for the power he could inject into his shots on goal, many of them finding the target. He accounted for most of the scores which catapulted Cagliari to a most unlikely Serie A title win in the 1969/’70 season, but is probably best remembered for his performance in Italy’s famous 4-3 World Cup semi-final win over West Germany in the Mexico World Cup.

It’s not known how it was calculated, but on this day almost 50 years ago, a shot Riva took on goals at the Cagliari training grounds travelled at 120kph. Unfortunately for a nine-year-old boy looking on, the ball didn’t find the net, but instead struck him on the arm, breaking it.

Karma, or what? About a month later Riva was playing against Austria in a Euro ’72 qualifier, and completely by accident, sustained a broken right leg. He was never the same player after that, and in 1976 retired from the game.

Nets behind the goals can act as a protector, but how can a training pitch be guarded?