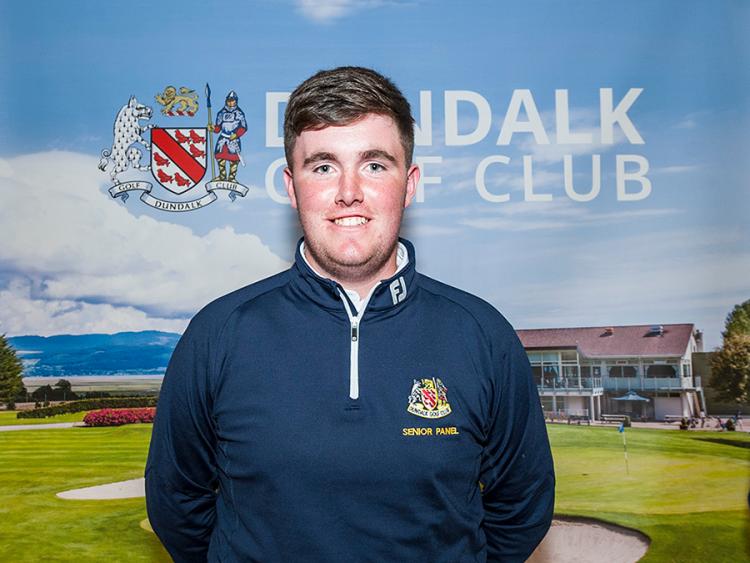 When Caolan Rafferty reached the final day of this year’s South of Ireland Championship in Lahinch, Eoin Murphy knew he couldn’t miss it.

Murphy and Rafferty have soldiered together on the Dundalk senior panel for the past two years and such is the strength of the bond that Murphy rose at 4am on that famous Sunday morning, hitched a lift to Lahinch, and then caddied for Rafferty in the semi-final and final as the 25-year-old captured his first major title.

“That was a brilliant day. I got a lift down with his dad and uncle and it was great to see him finally do it. We’ve been together as a pairing for a while now and it has gone well. It just kicked off from when we first played together and we are now very good friends as well as team-mates,” said Murphy,

At 18-years-old, Murphy is an emerging but successful talent who, along with Josh Mackin, has already won three provincial pennants with Dundalk teams having been part of Leinster successes in the Junior Cup, Fred Daly Trophy and Barton Shield.

He also won the Munster U16 Boys title in Nenagh in 2016 and played for Ireland in the last two Boys Home Internationals as well as starring for Leinster in the Boys Interpros.

This is his final year in Boys golf before he joins Rafferty and Aaron Grant on the Elite Men’s circuit next year contesting the major championships and he is looking forward to it.

“I sat my Leaving Certificate this year so that restricted me a lot and it’s been mainly team golf that I have been playing. I’m at college now so I will have more time to play the major championships next year.”

Murphy has been a key player for Dundalk in their march to the Barton Shield All-Ireland semi-finals and he is looking forward to playing in Thurles.

“I played it last weekend and it is a nice track. There are some lovely holes and it was in great condition,” said Murphy who will have the experienced Peter Rogers on his bag this week.

“Peter has been on my bag since the Junior Cup a few years ago and he has been a big help to me.”

Murphy is well aware of the task facing Dundalk this week in Thurles with Kinsale, Athenry and Clandeboy all providing formidable opposition.

“All three teams have great players but all we can do is play our own game. I am confident if we can play to our ability we can be in with a shout.

“We had great support in Mount Wolseley and Mount Juliet and hopefully people will be able to travel to Thurles and get behind us because it is a big help.”