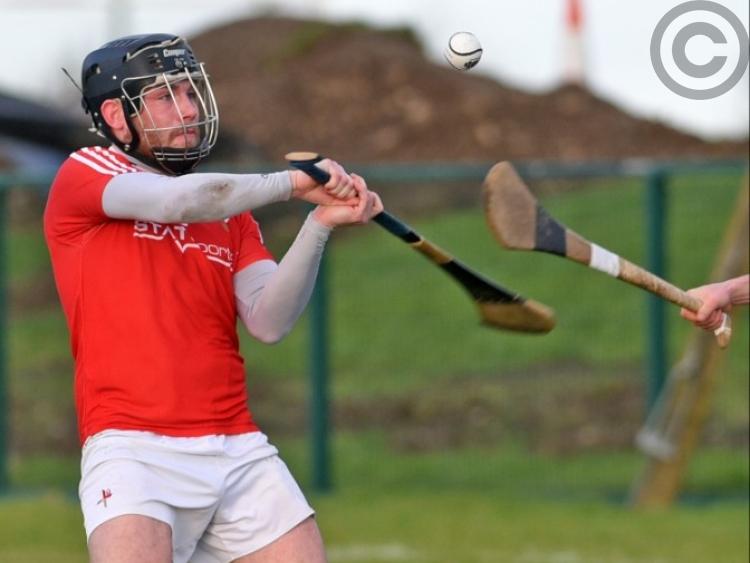 Call them the Kingdom of Louth hurling, but any year Knockbridge finish without hold of the Paddy Kelly Cup is one not fondly reflected upon.

The Reds enter Sunday’s senior final against St. Fechin’s seeking a first success since 2014, which would put to an end a self-proclaimed ‘drought’, having appeared in just the one decider in the meantime.

Fechin’s defeated them on that occasion (2016) before putting paid to their title aspirations at the semi-final hurdle last year, hurts which have contributed to a renewed determination in the Knockbridge ranks this season as they bid to add to their senior league success.

“Any year for Knockbridge that we don’t win the championship is a disappointing year,” says ‘Bridge and Louth defender Stephen Kettle.

“That might sound ‘cocky’, but we won the Táin League and the junior and senior leagues last year, but, like football, it’s all about the championship. For us, it was a disappointing year. Some clubs might have been happy having won three of the four trophies, but we don’t look at it like that in Knockbridge.”

There is now an expectation attached to representing the Páirc an Chuinnigh outfit, a pressure to deliver success borne from their 10 championship wins between 2000-2014. But that supremacy has wavered somewhat as the competitiveness has returned to local hurling.

Indeed, there have been four different winners of the Kelly Cup since 2013.

Yet Knockbridge are still viewed as the team who the rest want a ‘cut’ off.

“A lot of people would say ‘you’re from Knockbridge, you must hurl’. You’d say ‘yes’ and they’re like ‘sure you win it every year’. But we don’t, it’s four years since we won it and that seems like a lifetime ago for me never mind the Ronan Byrnes and Shane Kerrigans. It is a drought and we’re mad to win it this year.

“The drought was through a lack of hunger. There are boys there who have 10 Senior Hurling Championships. But the hunger is back and everyone’s flying fit.

“We feel that this year there is something different, we feel fresher and everyone’s buying into it and the lads are playing a lot more hurling. There’s a buzz and we had more preparation time so we’re ready to go.”

Apart from the supposed lack of hunger, perhaps the ‘drought’ has something to do with the club’s increasing number of dual players. The majority play for St. Bride’s, while Ronan Byrne and Shane Kerrigan line-out for Sean O’Mahony’s. And being a player of both codes is “tough on the body”, according to Kettle. But the upside is, of course, an increased level of fitness.
“Unlike other clubs, we’ve a lot of dual players and maybe that has gone against us.

“The likes of Moninne and Fechin’s are really all just hurling.

“We would have struggled injury-wise as well, but hunger... We went for ‘the-drive-for-five’ in the noughties and there became a lack of hunger with the same boys on the scene.

“Now we have the likes of Seán Brennan, Seán Marry and Ciarán Deane coming into the squad, those boys are flying now and at the age where they’re breaking in. And we’d consider ourselves the fittest hurling team because in the whole panel we’ve 14 dual players. Hopefully that’ll stand to us on Sunday.”

Somewhere in our conversation, Stephen said: “We’re trying to ‘take over’ again.”