Dundalk FC legend Tom McNulty: 'I think John Caulfield could have been sacked on Friday night had Dundalk played to their potential' 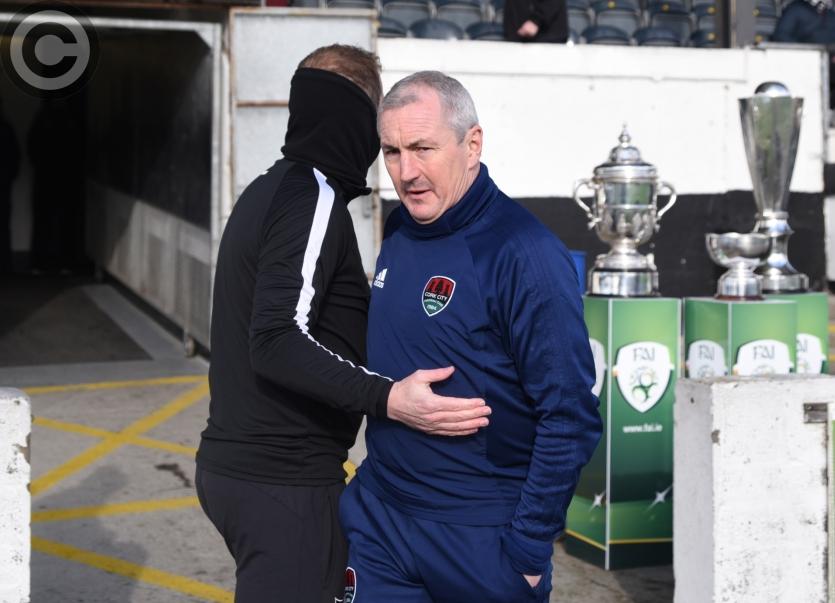 Dundalk FC legend Tom McNulty reckons John Caulfield could have been sacked as Cork City manager had the Lilywhites played to their potential in Friday night’s victory at Turner’s Cross.

McNulty, who scored the title-winning goal in Cork 27 years ago, at the same end as Chris Shields registered the decisive strike at the weekend, felt Dundalk were far from their best, but ultimately too strong for the woeful hosts.

“I thought Dundalk won handily,” he told The Democrat.

“I didn’t think they played particularly well. Dundalk were professional, they can play 10 times better and still won easily, but I thought Cork were awful.

“I thought Cork would have been really going for it and getting stuck in. The fella in the commentary said Dundalk were average and won easy, and I think Dundalk could easily have stepped it up.

“I think John Caulfield could have been sacked on Friday night had Dundalk played to their potential.

“The early goal knocked the stuffing out of Cork. There’s a fella, (Conor) McCormack, who has always played well against Dundalk, he got substituted and it’s as poor a game as I’ve seen him play for Cork.

“He didn’t seem to be up for it. He was like a fella who was on his way out.

“Cork are gone. That’s the league title wrapped up.”
McNulty feels a double push coming on at Oriel Park with UCD to come in the FAI Cup semi-final on Friday night.

The Scot added that his head was turned back to memories of his goal against Cork in ‘91 when Shields fired to the net on three minutes.

It’s the midfielder’s latest contribution in a stellar season and McNulty recalls a conversation he had with him some time ago.

“I had a conversation with Chris Shields when he was in and out of the Dundalk team. I said to him: ‘you don’t realise how much time and space you actually have when you’re playing. You need to have more confidence in yourself, to take balls down and start passing because you can do it’.

“Last (Friday) night, he was getting his head on things and everything was nice and simple. When he’s doing that he’s a really, really good player.

“He got Man of the Match and that says it all. Once he keeps it simple, he’s as good as any of the midfielders in the league.”