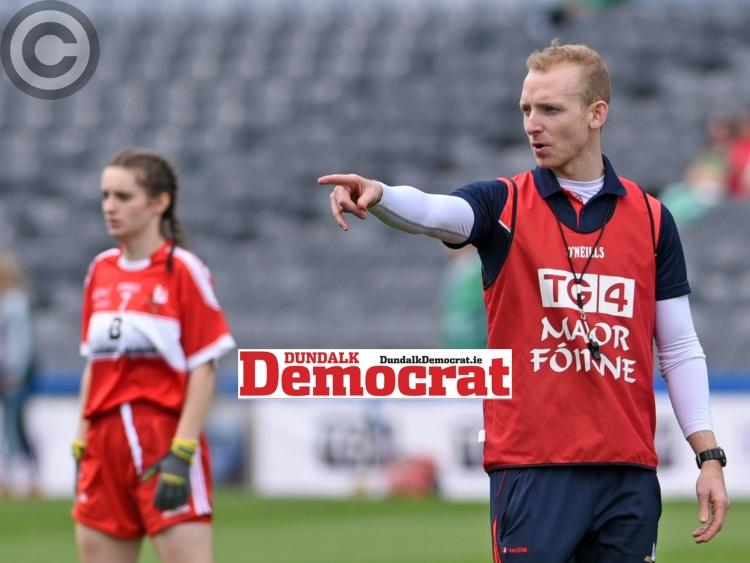 Louth manager Darren Bishop says that he will consider his future over the upcoming weeks before meeting with the County Board.

The Monaghan native took over the reins during the summer following the passing of Mícheál McKeown and led the Reds to Sunday’s All-Ireland junior final, where they succumbed heavily to Limerick.

Bishop feels there is huge potential in the side despite the loss, but wasn’t in a position to confirm whether he will lead them into 2019.

“I wouldn’t be commenting on anything just yet,” he told The Democrat.

“I’ll sit down with the County Board and Executive and have a chat with them. It certainly won’t be this week or next week, I’ll take a good, long break.

“The girls have to go back to their clubs and hopefully they’ll avoid injury and some of them will have a good run in the Leinster Championship as well.”

On the Croke Park defeat, the 30-year-old said: “The girls tried their best. That’s a very good Limerick team and when you’re beaten you have to look at the opposition and see how good they were, an experienced team with serious strength down the centre. That strong running really punished us today.

“For any team, it’s very hard to recover from that and claw back so many points, plus when the girls were doing so well in the first 10 minutes of the second half, to take those goals is very tough.

“What I will say about the girls wearing the Louth jersey is that they never quit or stopped. You couldn’t question their commitment or want to win, it’s just unfortunate that they were beaten by a stronger team.”

While positioning significant numbers in the defence when out of possession, Louth players were often guilty of standing off and allowing Limerick to build momentum during their attacks. And Bishop accepts the set-up didn’t function as hoped.

“It’s (filtering players back) a defence mechanism for any team. The girls dropped back, but they weren’t pushing out or pressing the ball. If the game was tighter, it would have been the right thing to do, but when the game was going the way it did it was tough for them. It’s a learning curve that you can’t sit back and invite another team in on top of you.”