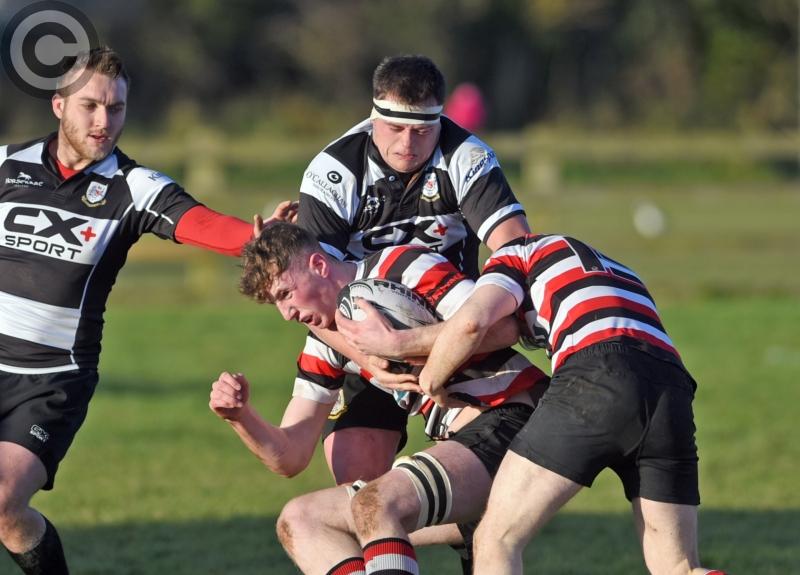 “It’s looking well. The lads have done a great job and we’re really looking forward to getting a run out on it.”

The main pitch at Dundalk Rugby Club is in pristine order and Seán Arrowsmith can’t wait to get a game on it, starting with Saturday’s Leinster League opener against Gorey.

It’s been an impressive 12 months for the hooker, who, after an excellent campaign in arguably the league’s most powerful front five, was a starting member of the Leinster junior side to claim interpro honours.

That led to a rather shortened spell off, with the provincial series continuing deep into May. But Arrowsmith isn’t feeling any negative consequences of his lack of a break, rather he feels it puts him in a better physical shape. And his head coach, Mike Walls, agrees, reckoning that Arrowsmith is now setting standards within the group.

“I’ve always tried to drive it on myself,” Arrowsmith said. “Maybe the coaches may look at it differently this year because we were up with Leinster, but I always try to drive to the highest standards in training so nothing much has changed for me.

“It was a personal boost to be away for the couple of weeks, playing with people of a wee bit higher standard and that experience is something that I’m hoping to bring back to the team… Maybe we could keep more composed at times. We were guilty of letting the head slip last year in some games.

“Since we started training back in July it has been about keeping composed and we always say that we train how we play.”

There are “definitely no excuses” this season, he adds, before issuing that his side want a better Towns Cup run as well as contending for the league.

Arrowsmith senses an optimism in the camp, something inspired by a fresh injection of youth to the side. But the club’s home form has to improve and that has been rolled out as a priority.

“With more young players coming through, you can see that there’s a lot more hunger and drive within the squad.

“That’s something that’ll help us as one of our main goals is to make Dundalk a fortress again.”