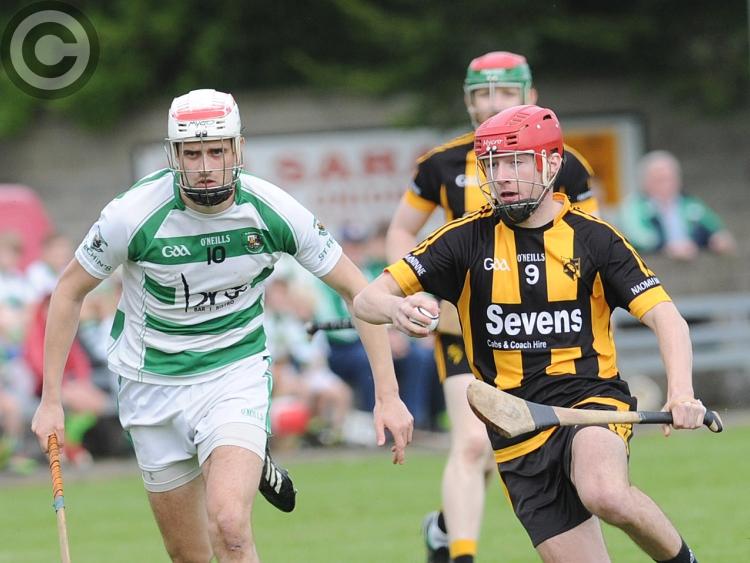 St. Fechin’s qualified for their fourth Senior Hurling Championship final on the trot on Saturday evening when knocking out champions Naomh Moninne in Castlebellingham.

The last time the teams met at The Grove was in 2017’s championship final. Moninne deservedly prevailed on that occasion and looked a good bet to repeat the feat here having hurled strongly in the first half.

Brian Brady’s side led by seven points approaching injury-time at the end of the opening period. However, Vincent Hynes’ 1-1 salvo sent Fechin’s to the dressing room just three behind and helped by a Paddy Lynch goal, they ground out the victory in the second half.

Teenager Darren Geoghegan was to the fore for Moninne throughout, striking 0-9 in all, four of which came in the early stages as the Dundalk side took control. Moninne led 0-6 to three as half-time approached after a burst yielded points from David Yore, Darren O’Hanrahan and Geoghegan. Meanwhile, Lynch did his utmost for Fechin’s.

The game’s opening goal went the way of the Black and Amber when midfielder Feidhelm Joyce soloed through and unleashed a shot which ‘keeper Stephen Hackett was unable to hold, and when Geoghegan pointed again, the lead was seven in Moninne’s favour.

But, credit the 2015 and ‘16 winners, Hynes struck twice to close the gap to just three. And three remained a divisive total until 14 minutes from the finish when Lynch’s drive found its way into the net, catching Moninne custodian Graham Harrington unawares.

Lynch then fired over, putting his side in front for the first time - 1-11 to 2-9 - before Paul Matthews extended the gap. Geoghegan hit back, but the final two points went Fechins’ way as Monnine’s holdership of the Paddy Kelly Cup was brought to an end.