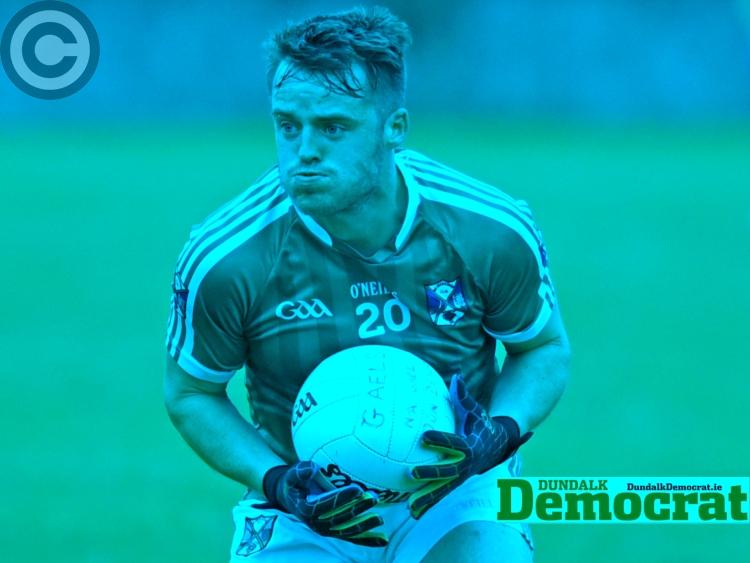 Second half goals from Glen Trainor and Josh Arrowsmith saw Geraldines come out on top in a tight encounter at Darver as they preserved their Division One status for another season on Friday night.

There wasn’t a lot between the teams at any stage in this promotion/relegation play-off final at Darver, but the Gers always appeared to have the slight edge over a Kilkerley side that will rue six first half wides.

It was Emmets who were first off the mark and twice led through Tadhg McEnaney and Seán Hand only for the influential Jim McEneaney to level on each occasion.

The Gers then enjoyed the better of the second quarter as points from Glen Trainor, Paddy Hoey and Seán Thornton, in reply to a Shane Lennon free, had their side leading by 0-5 to 0-3 at the break.

It was looking good for the Haggardstown men when they extended the gap to six early in the second half as Trainor’s goal was followed by another McEneaney effort.

However, Kilkerley rallied and five points in succession from McEnaney (2), Lennon (2) and James Fegan cut the gap to the minimum, 1-6 to 0-8.

Emmets were unable to get back on terms, however, and Trainor and McEneaney found the target before McEnaney kept Kilkerley in touch with his fourth point of the game.

The north-Louth side went in search of the goal they needed to keep their hopes alive, but it was the Gers who broke and Arrowsmith claimed the second major of the night to settle the issue.