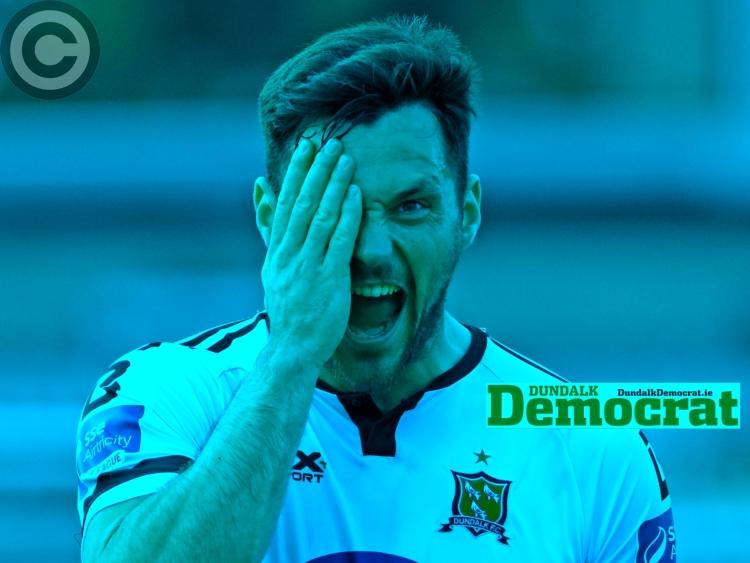 Dundalk FC reached the semi-finals of the Irish Daily Mail FAI Cup for the sixth time in seven seasons after emphatically seeing off Limerick FC for the second consecutive Friday night.

A really comprehensive display and result, the Lilywhites were absolutely dominant, striking the front through Patrick Hoban on five minutes. And that was the prelude for things to come as Stephen Kenny’s charges struck twice more before the break.

It took a late goal from Michael Duffy to separate the teams in their previous affair at Market’s Field, yet this was considerably more comfortable as Dundalk bolted from the traps, ruthlessly dismantling the sluggish Shannonsiders.

The Duffy and Hoban axis was alive from the off, while Ronan Murray - one of four changes to the starting XI - played an integral role in the opening goal, darting through the middle and playing across the six-yard box for Hoban to tap home.

Indeed, such was the visitors’ dominance, it could have been 3-0 by the 10th minute - Hoban and Duffy both nodded inches off target as the siege continued.

The visiting No. 9 had his second before the midway point of the half, another header and a score which summed up his season. One of four players competing for Dane Massey’s back-post delivery, Hoban left the other three face-down on the deck in directing his header past Tommy Holland - incredibly, his 27th goal of the campaign.

And the Galwegian played a central role in the third which arrived nine minutes before the break. He set the marauding  Massey clear of the Limerick rear-guard and the impressive left-full selflessly squared for John Mountney to convert.

Murray and Hoban (2) could have extended the gap to five or six by the break as the Lilywhites’ utter dominance was scarcely plausible.

With the outcome in no doubt, Dundalk’s intensity dropped off in the second half, allowing Limerick some respite and they enjoyed a brief spell of pressure around the hour mark. Cian Coleman had the ball in the net at one point, only for referee Derek Tomney to chalk it off for a foul on Dundalk ‘keeper Gary Rogers.

And the Lilywhites added a fourth with 18 minutes to play. Mountney won the ball back in Limerick quarters, passing to Brian Gartland who went on a mazy run before picking out substitute Georgie Kelly and the ex-UCD finisher clinically found the bottom corner.

Before the close, Rogers was thrice called into action to maintain his clean sheet, saves which made the night even more miserable for the beleaguered Blues, whose focus will now be firmly on avoiding league relegation.

On the other hand, Dundalk are into Monday’s draw for the last four.