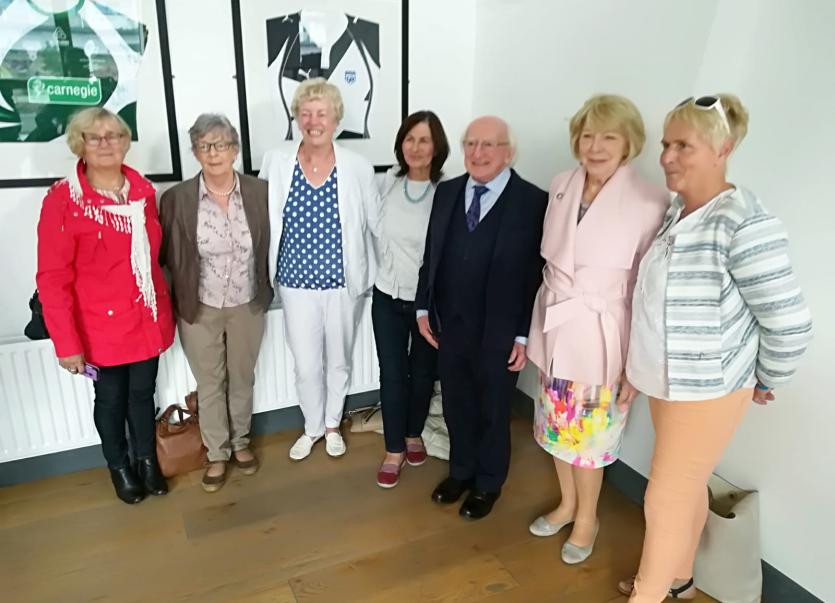 Some members of the Dundalk ladies team who played as Ireland’s first women’s international side, against Corinthian Nomads (England) in May 1968, pictured with President Michael D. Higgins and his wife, Sabina, at Friday night’s women’s World Cup qualifier between the Republic of Ireland and the North at Tallaght Stadium.

They were invited as guests following a recent notice which appeared in this paper.

While not all of the players were present, Marie Conway Bingham, Kay Dillon O’Connor, Marie O’Connell Gorham, Margaret Enright Murphy and Paula Gorham were there to meet President Higgins and co.