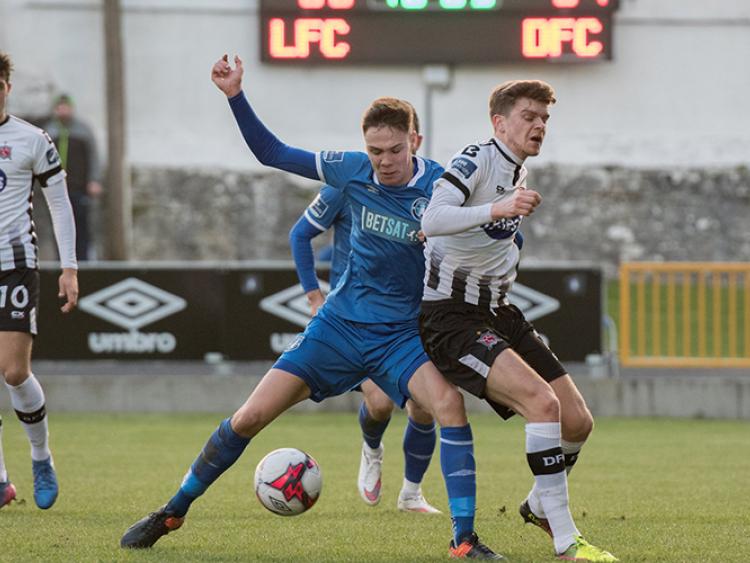 There has hardly been a more emotional week in the Dundalk FC career of right-back Seán Gannon.

Having been deemed guilty of fouling Ronan Finn for the match-winning penalty against Shamrock Rovers on Tuesday night, Gannon was able to savour a late victory in Limerick on Friday, a win which extended their league lead to six points.

TV evidence later backed Gannon’s claims that he’d beaten his former team-mate, Finn, to the ball and, thus, the spot-kick award was out of order, but that serves as little consolation. However, Gannon, who vigorously celebrated his team’s goal in Limerick, insists that he must move on.

“I’ve played so many games here at this stage that I’m experienced enough to just push it out of my mind and move onto the next one,” he told The Democrat. “If you’re playing in this team you have to win every game and you have to put it out of your head.

“Tonight feels like a significant night after what happened the other night where we were desperately unlucky to lose. It’s a different emotion after we’ve won tonight, but we’ve six league games to go. Other people can speak about records and runs, etc.

“I think that we have to stress that absolutely nothing is over yet. There’s still a lot of football to be played.”

Indeed, next up in the league is a trip to Turner’s Cross on September 21. The Lilywhites face Limerick again in the FAI Cup quarter-final on Friday night and due to Derry City’s involvement in the EA Sports Cup decider, they have the weekend of September 14 off.

Cork, however, can close the gap to three ahead of the table toppers’ clash on Leeside. But Rebels’ fixture away to Bohemians will undoubtedly be a challenging one and Gannon reckons it could be one of many twists and turns still to come over the final six games.

“Make no mistake about it, winning the league is not easy, especially when you’ve another top team fighting with you. We’re in a good position, but we can’t look too far ahead.

“Three weeks, a lot can change in three weeks. They’ve got a league game a week before we play them and I don’t think the points gap on the day makes such a big difference. We’ll both be up for it.

“It makes for a good game, but we’ll not be making more of it than it is. It’s for three points and if you put that game up on a pedestal then that’s when it can come back to bite you.”