Duffy is the hero as Dundalk win in Limerick, while Cork lose at home to Sligo 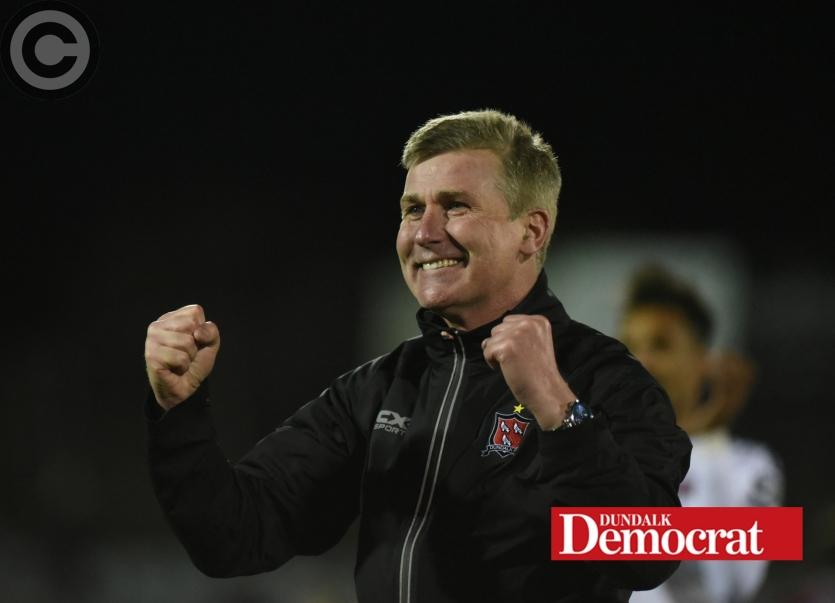 With nine minutes left at the Market’s Field on Friday night Dundalk FC’s title challenge looked set to sustain its second major blow in a week. Their match with Limerick was scoreless and in playing some of their poorest football of the season, a breakthrough looked far from likely.

But, then, that man, Michael Duffy, dug deep into his magic bag and banged in a late winner, a goal which was followed by a second Sligo Rovers strike at Turner’s Cross as Cork City suffered their fifth league defeat of the campaign.

It was, without exception, Dundalk’s most disappointing performance of the year and one where they looked as likely to concede as they did to score.

Nevertheless, at the end of a potentially season-defining week, which encompassed the absolute devastation of defeat to Shamrock Rovers and a fortunate three-pointer on Shannonside, Dundalk sit six points clear at the top of the table ahead of the trip to Cork in three weeks time.

The first half was a dire fare with few genuine chances of note. Limerick tested Gary Rogers on a few occasions, but none had the Meathman unduly stretched until shortly before the interval when Cian Coleman’s flicked header from William Fitzgerald’s long throw-in forced the ‘keeper to extend his long grasp to turn it away.

Dundalk, despite being on the front foot for the large part, lacked fluency or urgency in offensive quarters and Patrick Hoban too often received possession with his back to goal. The danger was down Dundalk’s left, where Duffy looked lively, but quite a bit of the traffic was on the opposite flank.

Dylan Connolly’s deliveries weren’t always precise, though he did place the ball on Hoban’s head a minute from half-time. The striker’s nod was straight-forward for Tommy Holland to gather, but he contrived to let it slip and it narrowly missed the bottom corner of the net.

At half-time, Stephen Kenny acted, replacing Connolly - one of three changes from the starting line-up which faced Rovers, as Patrick McEleney dropped out, Dean Jarvis replaced Dane Massey and Daniel Cleary filled in for the suspended Seán Hoare - with Ronan Murray

Still, the Shannonsiders emerged positively and a vicious drive from Connor Ellis, which flew over, had Rogers in all sorts of bother.

And the Dundalk custodian was required later in the match as Limerick sought a late score of their own.

But champions always produce, however, and Dundalk did. A scramble in the area ended with Duffy scorching the ball beneath Holland. And, with that, Dundalk may have shattered Cork’s brittle resolve.

A huge night, a brilliant result.