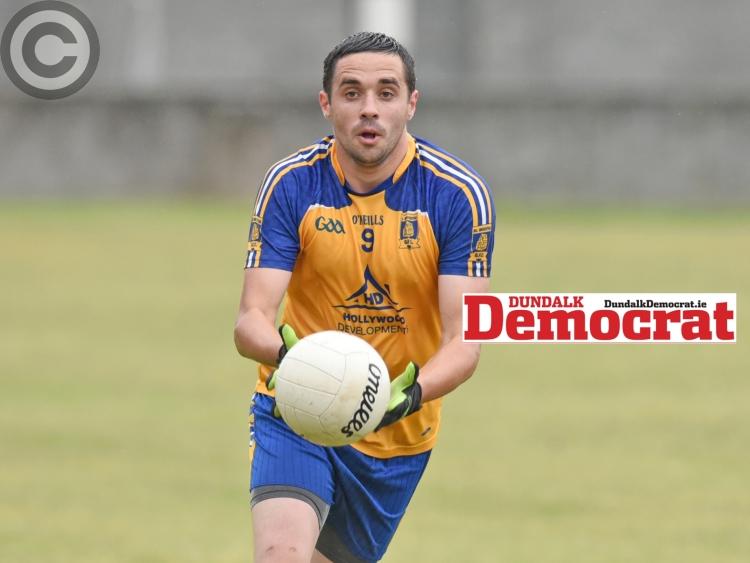 Thirty-seven years since beating their near-neighbours in the Intermediate Football Championship final, St. Mochta’s repeated the trick in Dowdallshill on Sunday afternoon, this time dumping St. Bride’s out at the quarter-final stages.

Second half goals from Declan Byrne and Stephen McCooey aided the Louth Village side as they defied their underdog tag to move into the last four for the second time in three seasons.

St. Bride’s were disappointing for the large part and suffered several lean spells in front of goal, while failing to post anything like a match-winning total during their purple patches; whereas Mochta’s made the most of theirs, bagging majors at crucial times.

Seán Marry’s score-taking was the highlight of the Knockbridge men’s afternoon. His fourth of the affair, on the eve of the break, sent his side into the dressing room a point clear, 0-6 to five.

But, on the restart, Byrne altered the tie’s complexion drastically with a fine fisted finish past Conall Devin after Barry Mulholland rained a teasing delivery on top of the Bride’s full-back line. And bar a few skirmishes as they tired, Seamus McGahon’s charges were comfortable before McCooey, with a stroke of genius and good-fortune in measure, flicked a second three-pointer to the net to bulk Mochtas’ cushion.

The match finished 11 scores to 10, but Bride’s lacked any sort of edge close to goal and largely relied on the dead-ball prowess of Marry and Seán Brennan, who accounted for eight of their outfit’s total, with only one coming from play.

Mochta’s captain Eamon O’Neill exemplified leadership, shooting a brace of points as the teams went at it hell for leather midway through the second period. His efforts twice extended the gap to two points and that was a regular gap as full-time neared. On every occasion Bride’s got to within a touching distance, Byrne returned serve at the other end.

That was until McCooey finally broke Bride’s hearts, finishing their year before the end of August.