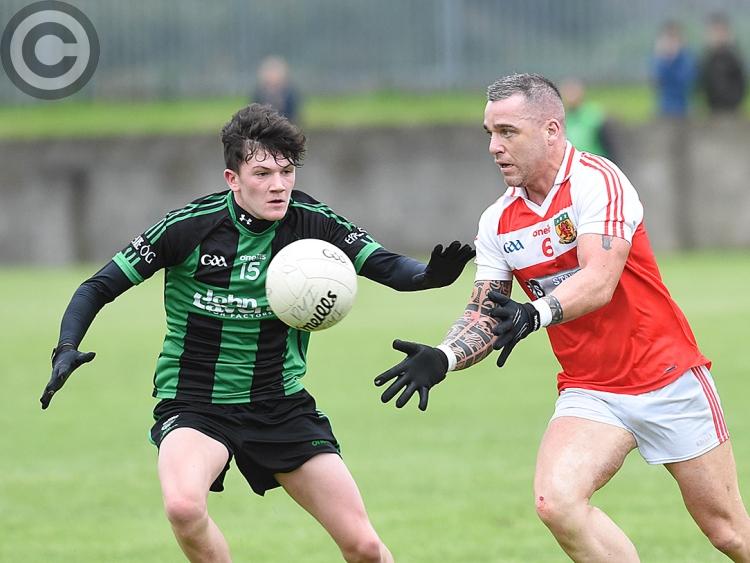 Dundalk Young Irelands survived a scare from Naomh Malachi before securing their place in the last four of the Junior Championship at Páirc Clan na Gael on Friday night.

The Dundalk men went into the game with confidence high after clinching the Division Three title with a comfortable win against the same opposition last Sunday, but they were unable to secure the same level of dominance against a Mals side who will be disappointed not have caused an upset on the night.

When the chips were down it was Jordan O’Donoghue and Aidan Sheekey who came up with crucial scores at vital times as each finished with four points, while Ciarán Murray at full-back turned in a solid display to ensure the Mals failed to get further reward for their efforts.

The Courtbane natives made a bright start to the game and twice took the lead through Colin Rooney and Noel Donaldson only for those efforts to be cancelled out by Peter McStravick and Dean Maguire. Crucially, they missed two golden chances for goal during that spell as Ronan McElroy saw his effort blocked by Murray, while Stephen Smith was inches wide with an effort on 10 minutes.

Young Irelands slowly got on top and when McStravick landed his second point on 21 minutes his side were 0-6 to 0-3 in front. Although Rooney landed three quick-fire points to level the game, points from O’Donoghue and Mark Savage had the Irelands 0-8 to 0-6 in front at the break.

Donal Begley cut the gap to a single point early in the second period, but in the decisive spell of the game it was the Dundalk men who produced important scores from Dermot Mone, Sheekey and O’Donoghue to lead by 0-11 to 0-7 after 47 minutes.

Although it was never comfortable, Young Irelands always looked capable of holding out for victory. Points from Jack Kirwan and Rooney cut the gap back to two late on, but a point from Sheekey in the last minute ensured his side advanced to the last four.