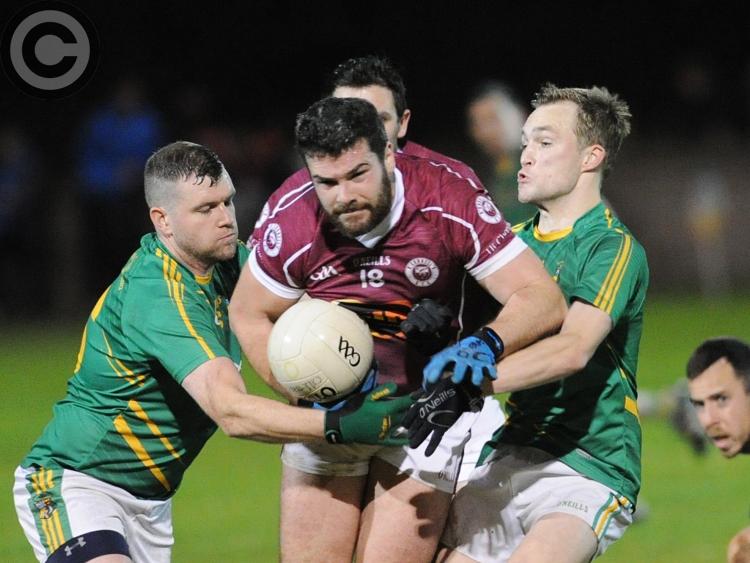 Yet again, the league title will be on the line when the final round of matches throw-in. And, for the second year in a row, the contenders face-off in a winner-takes-all clash.

But that’s not strictly true either. O’Raghallaigh’s, the home team, only have to avoid defeat to be crowned; Kilkerley Emmets, meanwhile, know they must win.

Failing to get over the line would sour what has been a very impressive campaign for the Drogheda side to date, albeit they failed to progress from the group stages of the Intermediate Championship.

Mickey Conlon’s charges won all of their opening eight matches before suffering a blip at home to St. Mochta’s, which presented the chasing pack, Emmets in particular, with an opportunity which they probably felt had passed.

Kilkerley, relegated from the top flight 12 months ago, lost their opener at St. Fechin’s before later succumbing to O’Connell’s. They have the forward power, in Shane Lennon and Tadhg McEnaney, to trouble the Hoops. They are, though, coming up against the division’s most prolific attack. O’Ragh’s are the only side in the top two leagues to score over 200 points this campaign.

There’ll also be a head-to-head clash in Ballygassan as O’Connell’s visit neighbours Naomh Fionnbarra knowing the winner will be in the promotion play-offs.

Relegation issues have been sorted. Roche Emmets, who visit St. Joseph’s, are down, while Glen Emmets, up against Oliver Plunkett’s, will have to battle against teams from Division Three to guarantee their second tier status.

On Friday night, St. Mochta's moved into fifth place with a 1-17 to 1-7 win over Glyde Rangers, who will end the campaign safe from relegation on eight points.