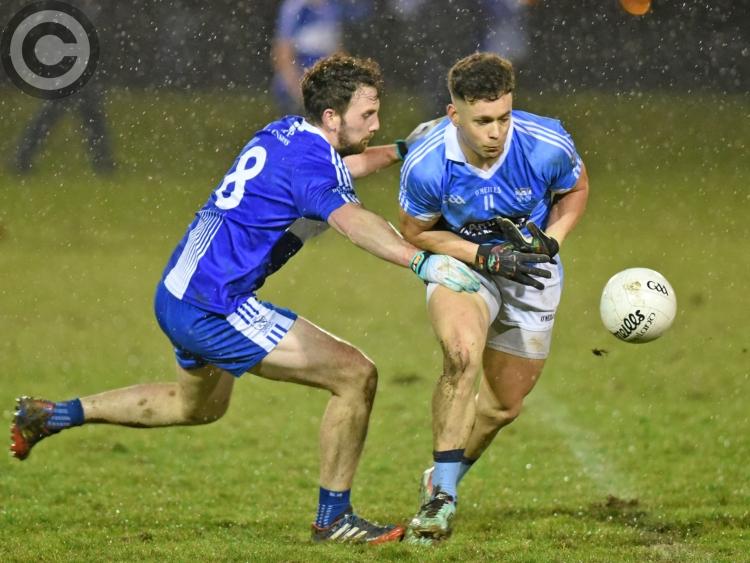 Dundalk Gaels' two-year stay in Division One came to an end in Newfoundwell tonight as a repeat of last season's senior final produced the same outcome - a Newtown Blues victory which sends Gaels down.

Malachy O'Rourke's team needed to better Geraldines' result to stand any meaningful chance of avoiding the drop, having gone nine matches without a league win, but they suffered a 3-6 to 2-7 loss, having led by seven points at the break. Hugh McGinn scored two goals in the second half for the home side to turn the affair around.

The Gers knew a win would prevent them from automatic relegation, and they achieved this by overcoming Mattock Rangers, 0-12 to nine, in Haggardstown. They do, however, go into the promotion/demotion play-offs, with their opponent to be determined tomorrow afternoon when Division Two draws to a close.

Mattock, already assured of a place in the top four, will face Blues in the Cardinal O'Donnell Cup semi-final, while Dreadnots will entertain Naomh Máirtín in the other tie after the Jocks defeated Clan na Gael, 2-18 to 2-8, in Monasterboice.

That was, of course, a head-to-head clash with the victor earning fourth place. Naomh Máirtín led by the minimum at the break, but Clans only scored one point in the second half as their challenge faded badly. Victory, in fact, propelled the Jocks into third due to other results.

- Check back on our website over the weekend to see match reports. They will also appear in Tuesday's print edition of The Dundalk Democrat.