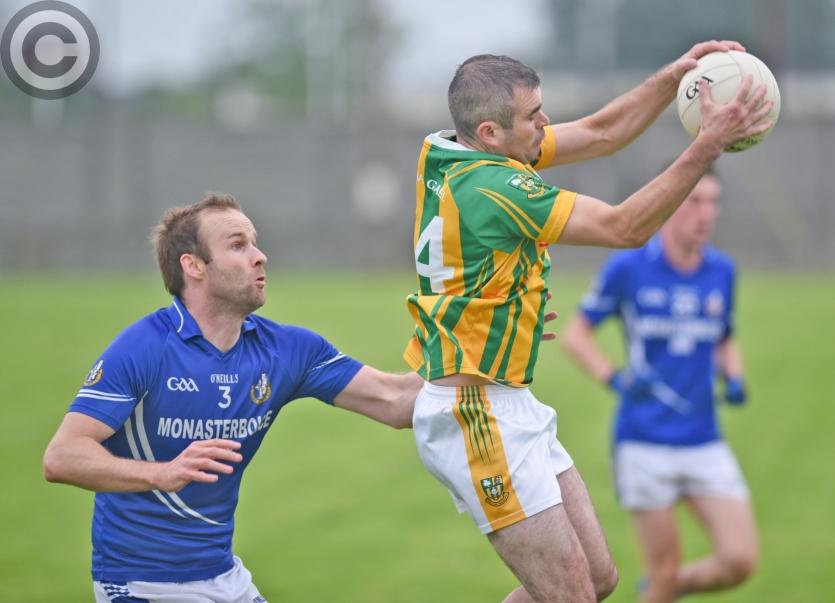 The battle for the final Cardinal O’Donnell Cup spot will provide the keenest closing chapter plot when the Division One league draws to a finish on Saturday evening.

Naomh Máirtín currently reside in fourth place, on 11 points, ahead of their meeting with Clan na Gael, who sit two points shy, in Monasterboice. A draw would suffice to send the Jocks through to a tie with Newtown Blues; however, in all probability, they’ll keep alive their O'Donnell Cup defence with a victory, such has been the recent poor form of Clans.

While less dramatic than last year, where they encountered an alarming slip approaching the championship, after a strong start, the Ecco Road side again suffered a ‘mid-league’ blip in losing four matches on the bounce. The departure of JJ Quigley to Canada has coincided with another summer lull and they exited the championship with two successive group defeats.

Otherwise, the only other major duel is over the automatic relegation place. However, basement dwellers Dundalk Gaels require an unlikely win over Newtown Blues in Newfoundwell to stand any chance of catching Geraldines, who host Mattock Rangers, themselves already assured of a league semi-final place, at Haggardstown. Victory for the Gers would consign Gaels to Division Two after two seasons of playing in the top flight.

A win for Wayne Callan’s men would also give them an outside chance of moving away from danger altogether. Presently, they sit two points shy of both Cooley Kickhams and Ardee, St. Mary’s. Though, having lost to Cooley, their head-to-head record rules out the possibility of overthrowing the Fr. McEvoy Park side. They could, in theory, top St. Mary’s, but only if they win and the Ardee men lose at home to mid-table Sean O’Mahony’s - but a 56 point swing would also be required!

The rest will merely battle it out for positioning in the final standings. St. Patrick’s could finish as high as fifth should they score a derby win over old rivals Cooley, while a win for Kickhams would see the peninsula pair end level on points.

St. Bride’s host Dreadnots in the other encounter. Both have achieved their aims in respect to the league this season with a match to spare. The Knockbridge men launched an impressive streak halfway through in ensuring they finish their first campaign back in the senior league in the comfort of mid-table, while Dreadnots are back in contention for a third O’Donnell Cup final appearance on the trot.

All matches throw-in at 7:15pm