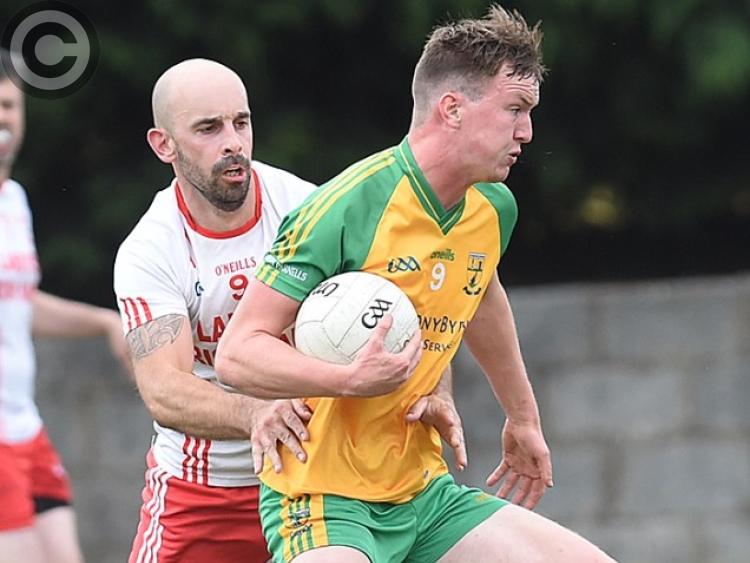 Stabannon Parnells progressed to the quarter-finals of the Junior Football Championship at the expense of John Mitchel’s on Saturday night, as Aonghus Giggins hit seven points en route to victory in Tallanstown.

The meeting of the two mid-Louth sides was to determine who would join group winners Dundalk Young Irelands in the last eight and Stabannon deservedly secured their place with an efficient performance in front of the posts.

Giggins was accurate from play and free-ball situations, helping his side hold a lead for the majority of the game. He also could – and perhaps should – have hit the back of the net in the second half when he hit wide of David Anderson’s goal.

The Mitchel’s had begun the brighter and led through scores from Robbie Coyle and Barry Kirk, but Parnells took command to hold a three point advantage at the interval.

Kevin Gallagher scored two fine minors either side of a Giggins score to offer a glimpse of the Mitchel’s threat and when Ben O’Brien put over, there was just two points between the teams.

That was as close as the Mitchel’s got however, with Parnells powering away towards the end. A John Gallagher score in the final minute did offer some hope for the chasing team and after a late ‘45 dropped on the square, two crucial blocks were required to deny a dramatic finish.

Giggins had the last laugh with the score of the game in the final minute of four added on, putting a comfortable gloss on the finishing scoreline.