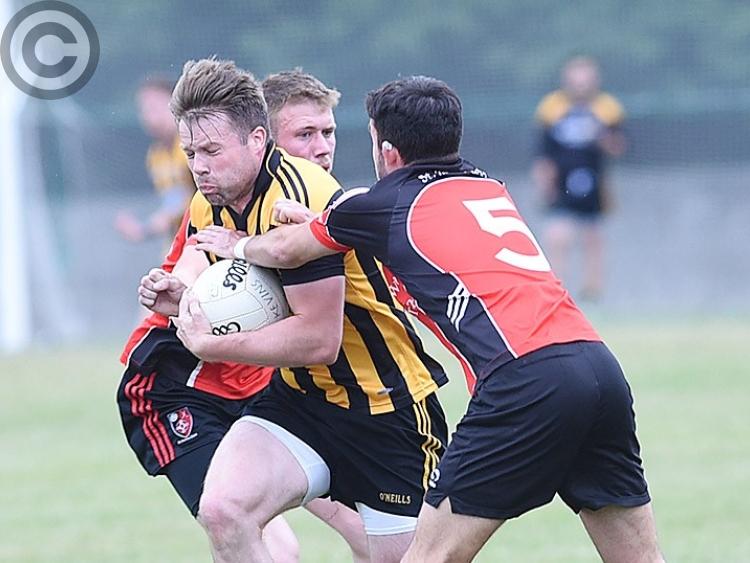 St. Kevin’s will contest the quarter-finals of the Intermediate Championship for the second successive year, but Na Piarsaigh will miss out once again.

The 2016 junior champions were able to withstand the challenge from the men from Dundalk, hitting the game’s final three scores at Páirc Uí Taibh to seal their progress.

With both teams having fallen to defeat against Naomh Fionnbarra on consecutive weekends, this was a straight shootout for a last eight place and with a far inferior points difference, the odds were heavily stacked in the Kevins’ favour.

They began with a confidence you would associate with a favourites tag, racing into a 0-8 to 0-2 lead inside 17 minutes. Lee Crosbie and the excellent Patrick Clarke, with three, shared the majority of that point scoring burden.

However, by the break there was just two scores in it. Na Piarsaigh found their fire with Michael Woods’ two minors the pick of the bunch.

The sides exchanged scores as the second half began, with Alan McCartney’s curler splitting the posts as Damien Shields’ team closed to within a point.

The game’s first goal arrived in favour of the men from Philipstown. Shane Roddy failed to deal with a forward ball and Clarke capitalised. Crosbie and Larkin swapped scores before the Naps goal hauled them back into it. Stephen McGuinness was the man who finished emphatically.

Despite Robert Murphy’s leveller, hopes were extinguished as the game edged towards its conclusion. Two points from Clarke and then a final score from Dylan Maher won it.

Eamonn McAuley was dismissed for two yellow card offences late on too, while Conall Shields saw a goalbound effort pushed away by Kevin’s ‘keeper Danny Crosbie.