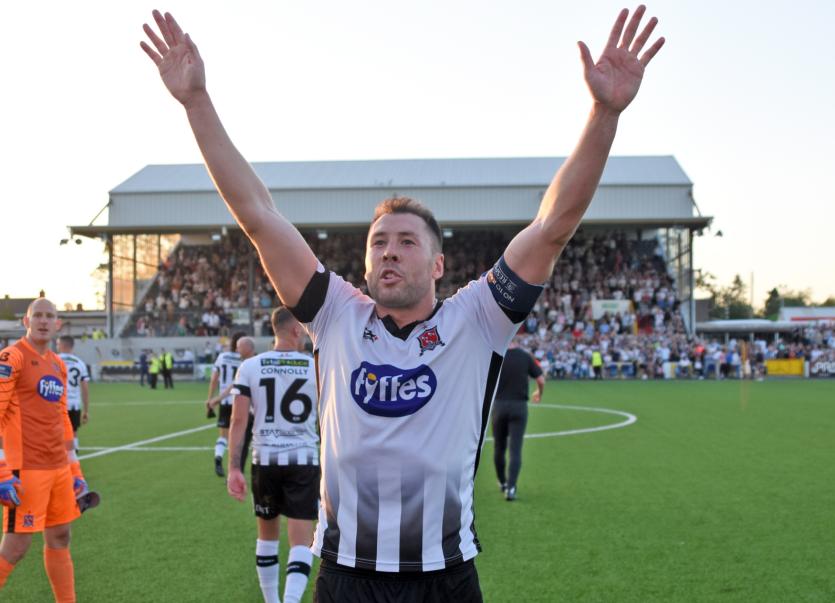 Dundalk FC defender Brian Gartland is fully aware of the “buzz” that exists in the town ahead of Thursday night’s Europa League second round qualifier against AEK Larnaca at Oriel Park.

The 31-year-old captained the Lilywhites to their recent two-legged victory over Levadia Tallinn and is in line to make his 18th European appearance when the Cypriots come to town.

“It’s nearly like you’re doing an interview every time you leave the house,” Gartland told The Dundalk Democrat.

He added: “In shops you see signs up, you’ve displays in the windows and then everyone you meet is just tuned in, man, woman and child.

“It does put a sense in your head that this means a lot more to everyone. European nights are the pinnacle and the pinnacle for football here in the town.”

Thursday night's match is a sell-out, though the match is live on eirSport. The winner of the tie will play either Ajax or Sturm Graz in the next round.