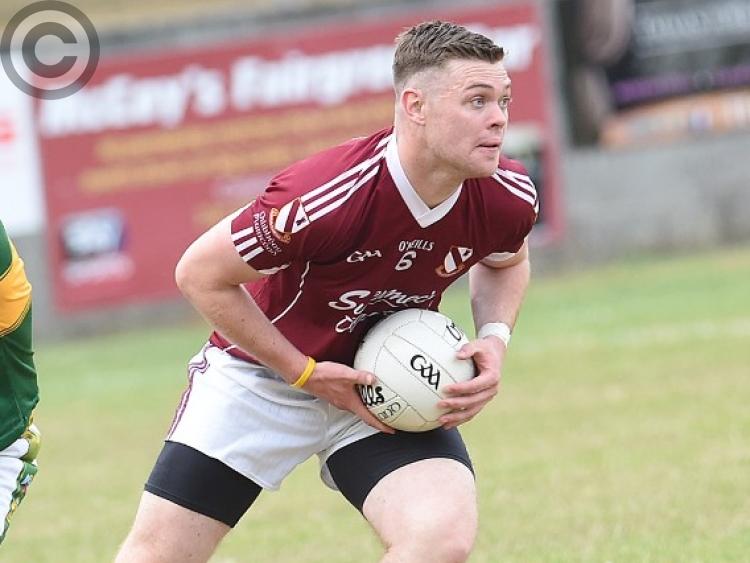 The half-time scoreline in this south-Louth encounter had Oliver Plunkett’s deservedly in front by three points. That’s what the scoreboard told anyway.

Referee James Carroll informed both managements at the beginning of the second half that he had the Plunkett’s down for 1-6, thus stretching their lead to four. And it just had to be that that contentious point-awarding was all that split the teams at full-time.

The Mell men merited their victory, though the rather harsh dismissal of Cian Matthews on a second yellow card almost cost them as Glen Emmets dominated the closing quarter.

Plunketts’ lead stood at seven when the wing-back was ordered off, but a wonderful goal from Emmets’ main man, Ronan Grufferty, saw the gap cut to just one, and had the rangy forward’s late drive been an inch lower, the Tullyallen natives could have celebrated victory.

However, with a seven point victory needed to secure their progression at Plunketts’ expense, Emmets’ championship title hopes were already up in a puff of smoke.

The winners led from start-to-finish having found the net inside 30 seconds. Robert Brodigan made a break through the middle having claimed the throw-in before feeding his younger brother, Adam, who made no mistake in slotting beneath Damien Grimes.

Plunkett’s had 1-2 on the board when Emmets got off the mark, as James Butler converted a penalty to the net. It was pretty much point-for-point in the run in to half-time, with the ‘missing’ minor having been booted by the impressive Trevor Walsh.

Dean Carolan fired over two neat points for Mickey Matthews’ men who were cruising at 1-11 to 1-4 in front. And, ultimately, his input had a decisive impact as Emmets’ comeback fell agonisingly short.