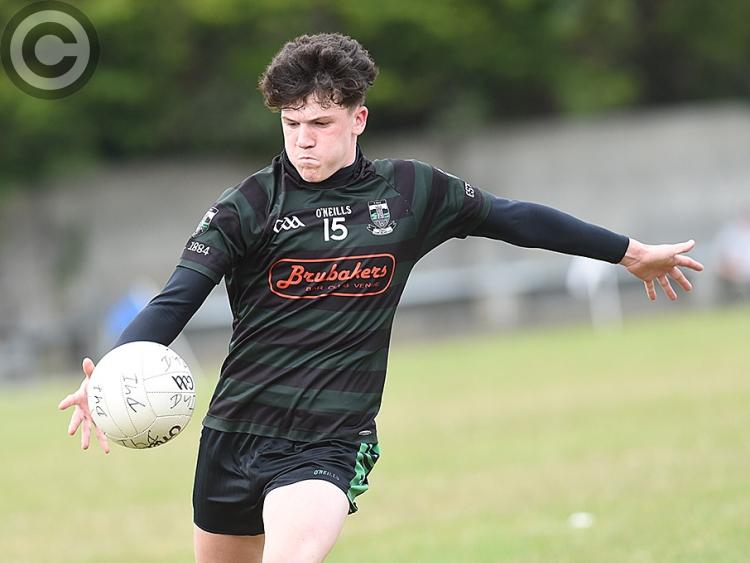 Dundalk Young Irelands made it through to the quarter-final of the Junior Football Championship thanks to this nine-point win over John Mitchel’s in damp conditions at Tallanstown on Sunday afternoon.

The greasy conditions made life difficult for both teams, but the Dundalk men were on top throughout the hour as they made it two wins from two after defeating Stabannon in their opening game.

Young Irelands dominated possession from the outset and led by the accuracy of Jordan O’Donoghue, they kicked some nice points in a first half that ended with them leading by 0-9 to no-score.

The Mitchel’s played with great determination throughout and were more competitive in the second period. Kevin Gallagher kicked three points with Robert Coyle and James Clarke also on target.

However, they were never in a position to challenge the lead and in the end it was a comfortable win for an Irelands side who also had Derek Maguire, Aidan Sheekey and Cian O’Donoghue on target.

Mitchel’s ‘keeper David Anderson turned in a superb display as he pulled off a number of fine saves to prevent Young Irelands from finding the net.

The Ballybailie men will now face Stabannon Parnells to decide who will make it to the quarter-finals.