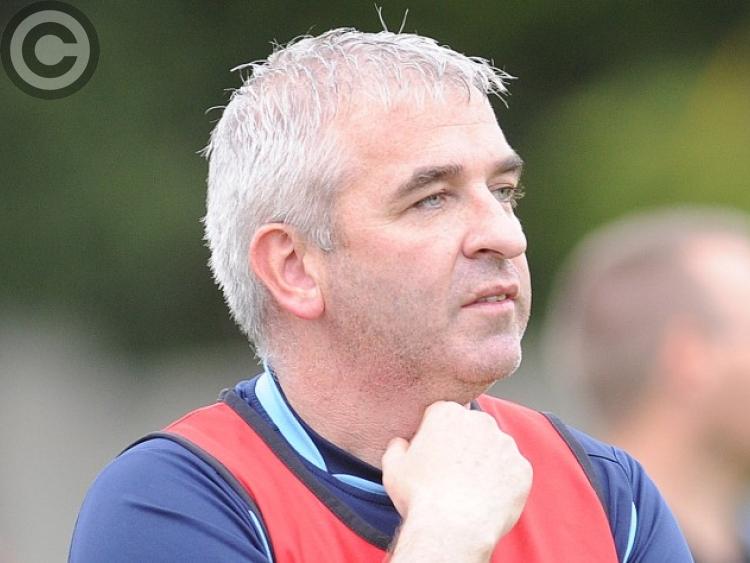 Newtown Blues underlined their strength in depth by brushing aside Kilkerley Emmets' spirited challenge at the Grove on Sunday night.

Minus county defenders Emmet Carolan and Fergal Donohoe, among several others from last year's Joe Ward-winning panel, the holders cruised to a second successive group win, with Ciarán Downey impressive in firing over 0-5, four from play.

Kilkerley, themselves, were without assets when, if they were to have any chance of springing a surprise, they required a full complement. Tadhg McEnaney's injury forced him out of proceedings and he's unlikely to be fit to face Naomh Máirtín in next weekend's winner takes all shoot-out.

Manager Paul Litchfield can take satisfaction from his team's finish to the opening half, where Shane Lennon and Daniel McKeown were on target. And, typically, Emmets never gave in and possessed an omnipresent threat through Lennon. The former Louth attacker played an integral role in Ciarán McGlynn's second half goal, fetching and laying off for James Fegan whose shot was palmed into the scorer's path by Blues 'keeper Dean Martin.

That momentarily cut the gap to six as the fourth quarter approached, but, helped by Thomas Costello's neatly-taken goal, eight separated the sides at the finish, as Ross Nally found his shooting boots, adding three from play.

However, Kilkerley at least gave themselves the consolation of losing by less than the Jocks did a week earlier and approach their round three meeting knowing a draw will send them through on scoring difference. Though, overcoming the Cardinal O'Donnell holders remains a tall order.

Despite facing an early barrage, the underdogs hung onto the Blues' coat-tails and trailed by just two by the 20th minute with Lennon, McKeown and Andrew McGuill scoring from play across a productive five-minute spell.

John Kermode, who would later be black-carded for a body check, Conor Branigan and Downey were puncturing gaps in their defence, though, and pointing at their leisure. Downey elegantly strode through at one stage, collecting at the end of a flowing team move, and hit a driving effort which the 'bar deflected off target.

The half-time margin stood at three, with Blues in the ascendency and leading seven points to four. However, they soon pushed ahead, with the contest over bar the shouting prior to McGlynn's major.