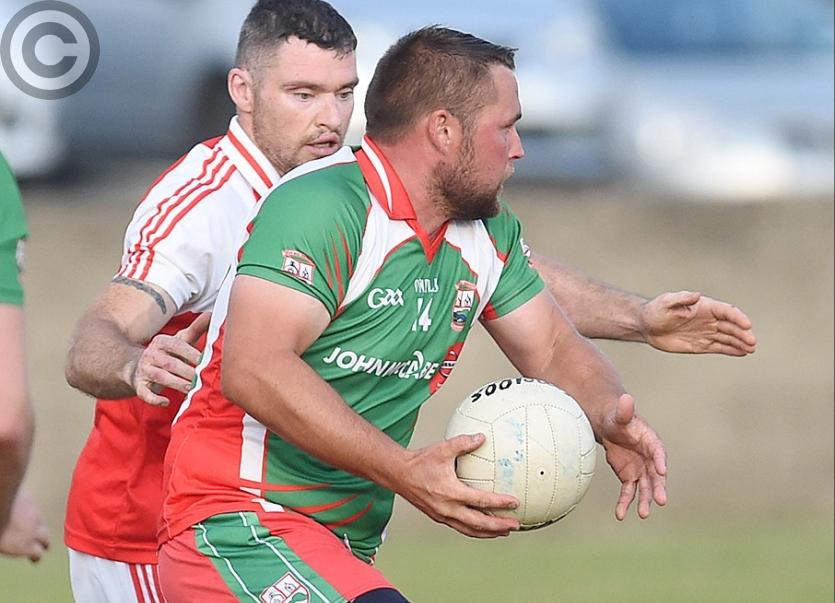 Barry Landy, at the Gaelic Grounds

The Mountrush men had done well to come from behind to lead as the game neared its end, especially given they played with a man down for 45 minutes after Patrick Osbourne’s straight red card in the first half.

Kevin Walsh kept the Nicks in touch throughout, but after Kevin McMahon scored 1-2 in the last 10 minutes, that seemingly put the Seans on course for the victory.

However, substitute Murtagh helped a high ball into the square past goalkeeper Steven Carrie to level.