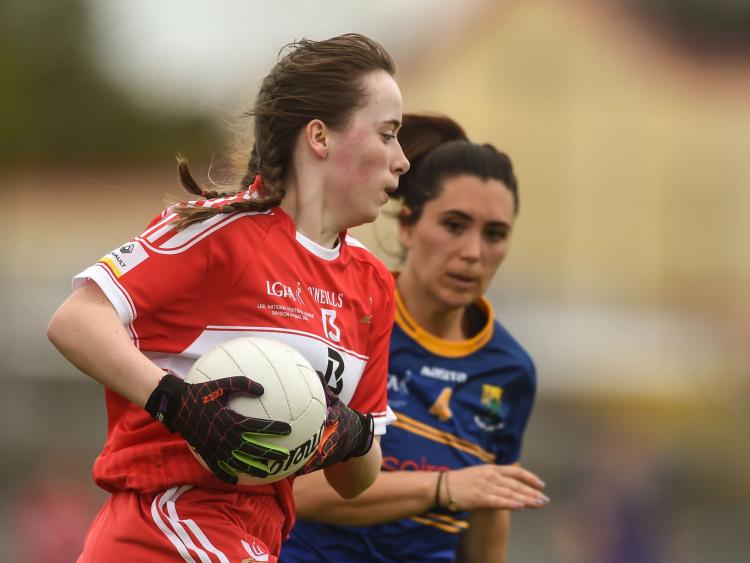 Lauren Boyle was in sublime form as Louth ladies opened their All-Ireland Junior Football Championship campaign with a 14-point victory over Antrim in Kilkerley on Saturday.

The Cooley Kickhams star struck the only goal of the opening half as the Reds went to the break five ahead, 1-9 to seven, before adding a firm coat of gloss to the winning margin with a brace of majors in the fourth quarter.

Indeed, Boyle was arguably the difference between the teams on the day, though fellow young gun Niamh Rice also caught the eye.

The match was level at four points apiece by the quarter-hour mark, before Boyle found the net as Louth closed the first half the stronger.

Despite emerging for the second period with intent, the Saffrons could add only one point, whereas Louth were clinical, hitting the visitors for six points - with Sineád Woods, Boyle (3) and newcomer Bonnie Fleming raising white flags.

Leading 1-14 to 0-8 with 18 minutes to go, Boyle's late salvo ensured a comfortable victory for the home side, who must surely fancy themselves to reach the semi-finals with Kilkenny and London to come in upcoming group matches.