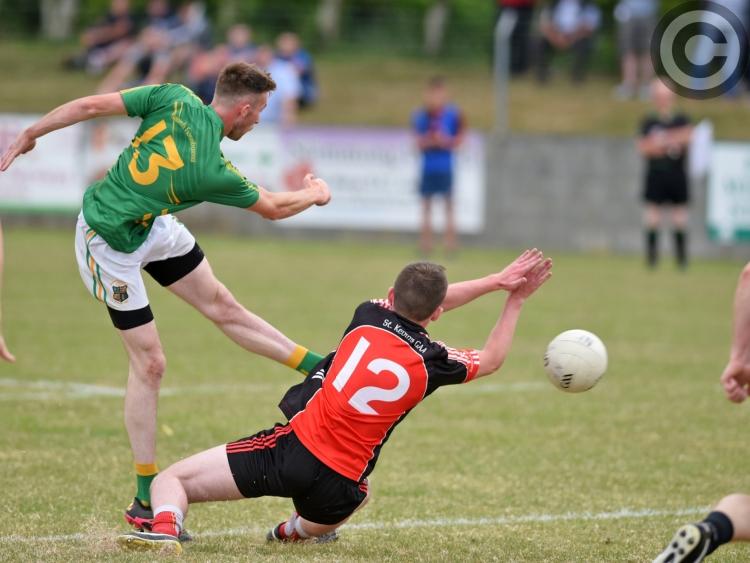 Naomh Fionnbarra overcome a five-point deficit late into the second half to edge out St. Kevin’s in Ardee on Saturday evening.

Louth forward William Woods hit 0-6 en route to victory, with goals from Jack Butterly and Hugh Osborne after the break helping Paddy White’s side over the line.

The Togher men started and finished well, but were given a real scare by the Kevin’s in between, with the influential Seánie Crosbie and Cian Callan to the fore of the Philipstown men's push.

Woods’ notched the first two scores of the evening and Danny Crosbie had to spring to his right to deny the forward a goal inside the opening 10 minutes. Moments later, he dragged a low shot wide of the post.

Three straight minors in response edged the Kevin’s ahead and the first half continued with the teams exchanging scores for the most part, with the Kevin’s more accurate with the boot. Callan and Patrick Clarke split the posts to hand them a two-point interval advantage.

That was extended during a fast start to the second half, as the Kevin’s led 0-12 to 0-7, but the Barrs roared back. Woods’ point started the comeback and within six minutes, the Togher natives had scored the game’s only two majors.

Having regained possession inside the '45, Butterly slammed in minutes before midfielder Osborne repeated the trick, after good play from Pat McGrane and Woods. Butterly pointed to seemingly put the game beyond the Kevin’s with 10 minutes remaining.

However, a brief riposte – featuring points from Callan and Shane Meade – gave the Kevin’s a glimmer of hope. Woods’ injury-time point sealed the win.