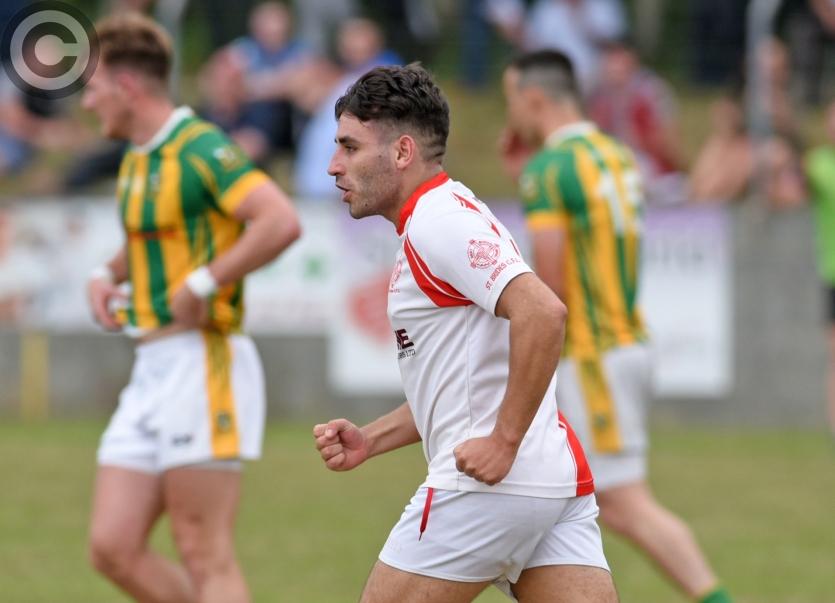 The men from Knockbridge were full value for their win at Pairc Mhuire, but the Clans will know improvement is necessary is they are to fulfil their ambitions over the summer and autumn months.

Mark Newell’s fifth-minute goal put the Dundalk side briefly in control at the start of the encounter, but, in truth, this was an encounter that swung one way, then another. Newell, Billy Smith and Robbie Curran added further points inside the opening 30 minutes, but the Bride’s went in leading at the break.

That was due in large part to the brilliance of Kevin Hearty. He hit three of his team’s opening four points – amidst a gluttony of wides they could have come to regret – before finding the back of the net.

He did well to slalom between two backs coming inside from the left before slotting low beyond Clans stopper Seán Smyth. A cheap concession from the Clans allowed Patrick Reilly to point in injury-time as the Bride's went to the interval ahead by the narrowest of margins.

Clans manager Mark McCann was able to call on 10 of last year’s championship final starting XV. While they mostly kept pace with their opponents for the most part, they ultimately fell flat to fall to a second straight competition defeat.

Further scores from Ciarán Deane and Seán Marry extended the margin of their lead and the Clans had the woodwork to thank for keeping them within a three-pointer of the opponents shortly after.

Ronan Bailey was denied by the juncture of post and bar with Smyth totally beaten. The sides exchanged scores thereafter with the Bride’s in front. It could have been more too had goalkeeper Conall Devin not been suffering so much in front of the posts.

Bar one first half effort, his frees were struggling to find the target. It didn’t get much better for him when minutes from the end of normal time, his handling error allowed Smith to tap in for a goal. Curran’s long-range free moments later put just one score between the teams.

Not to be outdone, the busy Marry scored surely the point of the game with a curler from the left, a minor which looked like it may prove decisive. In fact, it was just the start of a late Bride’s flourish.

Deane cleared the bar and then Seán Brennan repeated the trick before Andrew Smyth and Reilly added one more each.