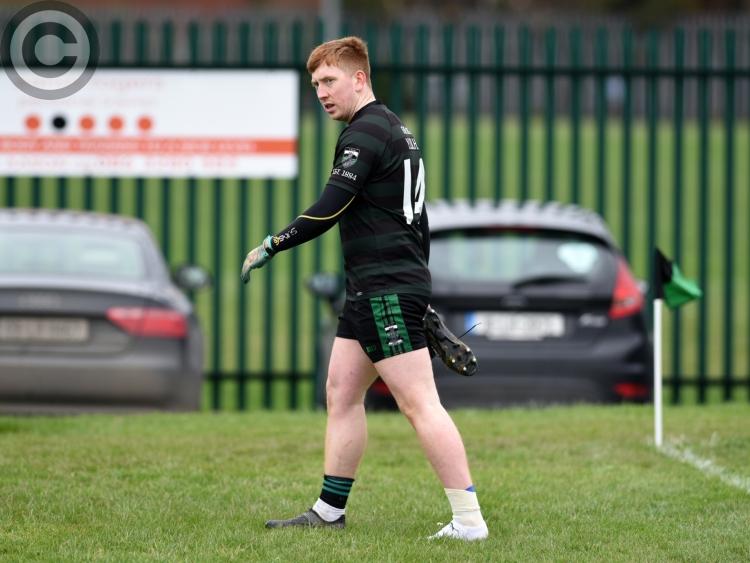 Dean Maguire scored a first half brace of goals as Young Irelands signalled a warning to the other Christy Bellew Cup contenders in Castlebellingham on Saturday night.

The younger of the Maguire brothers finished with 2-2 to his name, before going off injured, as Adrian O'Donoghue's side sewed the victory up long before referee Kevin Brady has even sounded the short whistle.

His first goal was a cleverly taken one as he beat Stabannon 'keeper Anto Byrne at his near post after fine play by midfielder Aidan Sheekey, while his next three-pointer - nine minutes before the interval - saw him palm to an empty net, finishing a flowing team move.

The aforementioned Sheekey was a contender for the Man of the Match gong, having pointed twice from open play alongside his general industry. Jordan O'Donoghue and captain Cian O'Nairaigh were others to catch the eye for an Irelands outfit who, while clinical, have plenty of refining to do with tougher challenges to come.

They led 2-7 to three points at the interval - a point from play and a free was Daniel Bannon's contribution for Parnells, along with David Cluskey's opener. Right-half Bannon stood out for Stabannon in a losing cause, though Ollie McDonnell's charges weren't helped in their efforts by the black carding of Seán Halpenny just before half-time.

Seán McLaughlin added Irelands' third goal in emphatic style as the game entered its final quarter, ensuring a very comprehensive look on the scoreboard. Yet it was one that could have appeared all the more convincing had they not struck 12 wides.

A fourth major arrived when Cian O'Donoghue, whose elder sibling, Jordan, finished with 0-5, profited from a spillage by Byrne and converted to the empty net.