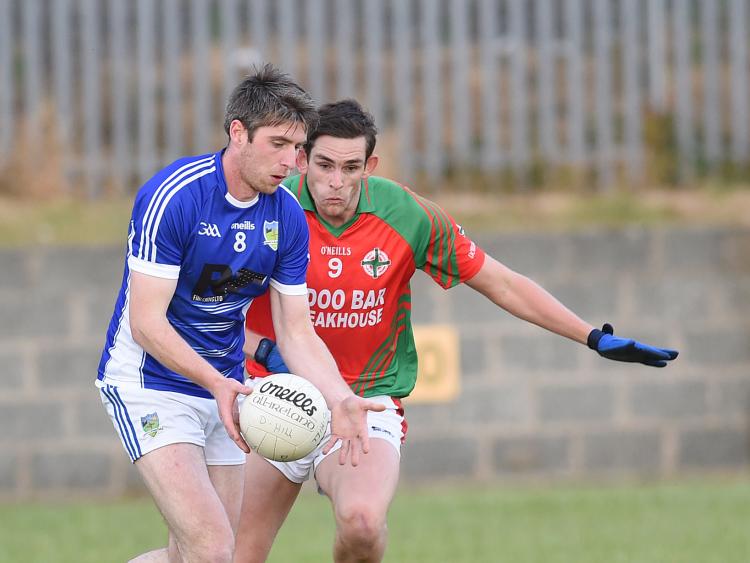 Barry O'Hare - the competition's leading scorer in 2017 - got his bid for the hotshots' title off to the ideal start with a personal haul of 0-10, eight from frees, as Roche brushed the 'Hill's defiant challenge aside with a powerful finish to the first half.

However, Roche had to recover from a poor start, despite leading the match from beginning-to-end after O'Hare fired over the game's opening point after only 10 seconds of play, where they gifted the Division Three strugglers several opportunities to get level, and perhaps even establish a lead, before stamping their authority.

'Hill 'keeper Robbie Arthur produced a fine penalty save on six minutes to deny O'Hare after Eugene Murray had been fouled. Yet Emmets reeled off five of the next six points to lead 0-6 to 0-1 after 20 minutes - Noel Finnegan, with the first of his 0-7, got his team off the mark from a free.

Roche captain Dan O'Connell delivered the score of the opening half in injury time as his team led 0-11 to three at the break.

O'Hare and Shane Byrne were on target shortly after half-time as Roche continued to dominate, but a palmed goal by Chris McMahon after Finnegan's effort had dropped short raised spirits in the Dowdallers' camp. Justin Halley and Gerry McShane stylishly added minors before three frees from Finnegan had the gap down to six.

But Roche weren't to be denied and saw out the contest, as O'Connell scored another beauty from the right wing at the death, despite losing centre-half Liam Carthy to a second yellow card.