Pete McGrath's future as Louth manager could be determined this week 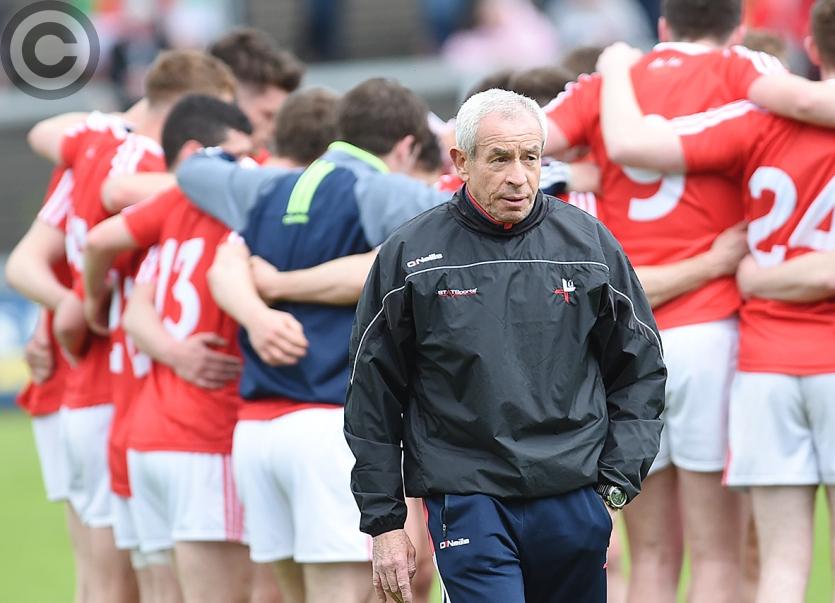 An announcement regarding the future of Pete McGrath as Louth senior team manager is expected this week with the Mourneman set to meet the County Board hierarchy.

Following last Saturday week’s championship exit in Leitrim, McGrath said that he would take time to consider his position. That is something he has done in the days since and he admits that he is close to making a decision.

“I’m playing my cards close to my chest, but I’m edging towards a decision,” he told The Democrat.

“In one sense, there’s no rush on a decision, but I would like to think that inside the next four or five days, we’ll see a decision.”

Asked about his correspondence with the powers that be in Darver since the being knocked out of the qualifiers, McGrath said that he’d been left to his own devices, with no talk between either party, as of Friday afternoon.

“I haven’t been in touch either directly or indirectly with any member of the Louth County Board since last Saturday night (week), or they’ve made no contact with me. I’m just taking time out to think very seriously about my situation and about the season just ended.

“The County Board will be the first to know my situation in terms of my decision whether I make a decision about wanting to continue or be considered for continuing or not continuing.”

With the club championship starting this weekend - something McGrath was previously unaware of - the former All-Ireland-winning boss conceded that the ideal scenario would ensure next season’s manager gets to watch the players available over the coming games.