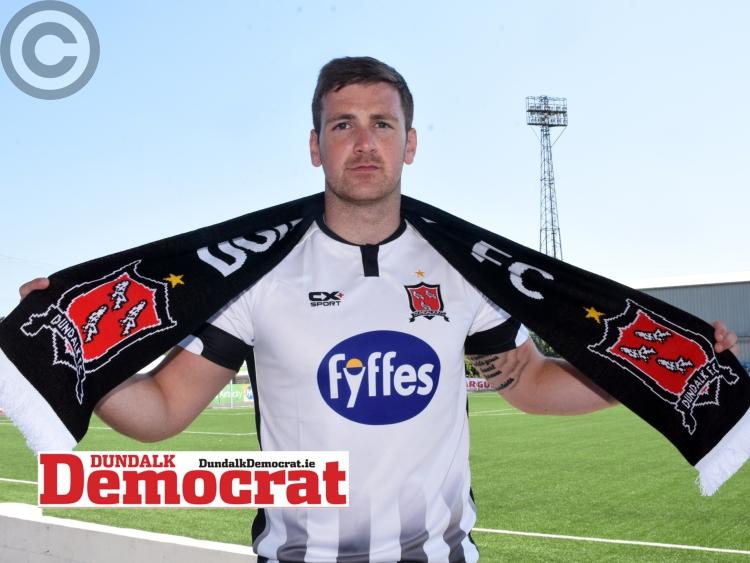 Patrick McEleney feels that he’s back where he belongs after re-signing with Dundalk FC.

The Foylesider departed last winter, joining English League One side Oldham Athletic. However, his spell in Lancashire was injury-disrupted and ended with relegation. Indeed, it’s a move he regrets making.

“It was a bad decision,” McEleney told The Dundalk Democrat.

“It was just a bit of a disaster. When I got in we were in a relegation fight and everything changed. We changed our style of football, it was about going longer and it didn’t suit me playing on right midfield in a 4-4-2.

“It was a tricky situation. It’s been in the media about us not being paid right so that sort of had an effect as well. I wanted out and they agreed. It all rolled really quickly and I’m just happy to be here.”

Having expressed an interest in coming back to Oriel Park, the transfer went through swiftly and McEleney is now looking forward to spending more time at the club which saw him produce career-best form.

He’s also back in an area which his family knows well.

“There was only one club that I was going to when they were interested and I’m buzzing to be back.

“I’m here for three-and-a-half years now and it’s a place where my family was happy before, we were here for two years and that’s obviously huge. The club’s going in the right direction, they’re in the perfect position and I’m just hoping to be part of it again,” he added.

Participating in Europe was another major carrot, he admits.

“To do well in Europe is an expectancy at this stage I think for the first time for a League of Ireland club in many years. I can’t wait.”

McEleney will wear the number 35 jersey having previously had number 11.