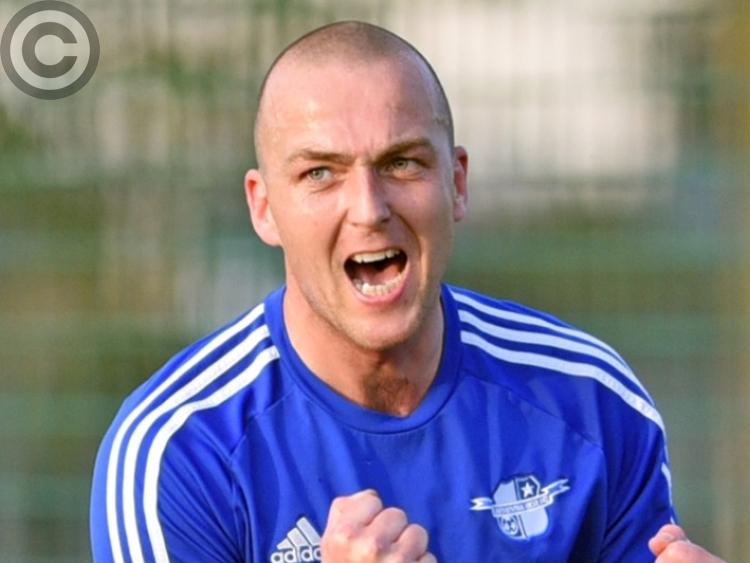 Muirhevna Mor landed the Tully Cup for the first time on Saturday evening with a 1-0 win over Bellurgan United.

The Oriel Park showpiece was far from a classic, as the Blues were forced to grind out victory from a struggle which ebbed and flowed.

Thomas McShane was 8/1 to score the first goal. However, he converted the game’s only score - on 21 minutes - like an even-money shot, picking out the bottom corner from 12 yards after Micky O’Kane had found him with a lobbed, through ball.

The ‘Mor’s margin of victory could have been considerably more had it not been for Robbie Arthur’s fine individual display. The Bellurgan ‘skipper, a survivor of the United team that lifted the NEFL’s showpiece silverware in 2015, twice prevented powerful Billy Smith efforts in the first half, while it took goal-line interventions from Diarmuid Murphy and Ray Finnegan to foil Seán Maguire’s side at other stages.

Indeed, it looked at one point as if last season’s Premier Division winners were going to claim this one at a canter. Yet the tetchiness that crept into affairs before the break, which saw players from both teams booked, appeared to halt the Blues’ march.

Bellurgan gained a foothold in a stop-start finish to the first period and almost levelled when Finnegan’s 30-yard rocket rattled the angle of ‘bar and post.

That sparked a revival as Colm McConville’s men bravely fought back, and they continued to have a go at the ‘Mor in the second half with Tadhg O’Connor’s introduction, to play alongside frontman Ciarán Sheelan, a key contributor.

The young striker had Michael Cooney scrambling across his goal to save shortly after Brian White had watched an effort go inches by the upright. Owen Armstrong then stung the palms of Cooney as the underdogs maintained their best spell of the game. Though their outstanding chance at an equaliser came when substitute Cian McDonald was found in space entering the area. He controlled well, but, as the Bellurgan support rose to their feet, the defender dragged his effort across goal as the peninsula side’s frustration grew

And how costly the miss proved as, despite Smith wasting a glorious one-on-one chance to seal matters, Muirhevna clung on, condemning the men from Flynn Park to a third loss in the last five deciders.