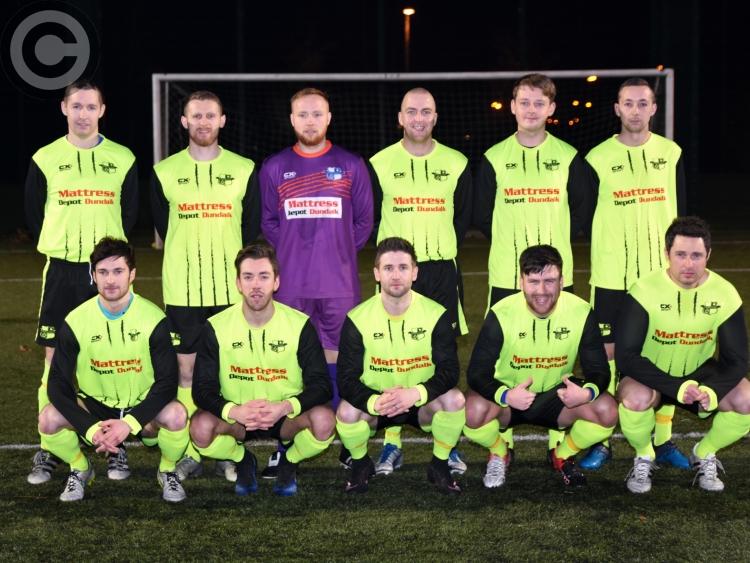 Seán Maguire may well be called Mr. Muirhevna Mor. From playing the role as kitman to first-team manager, his presence along the Blues’ touchline is omnipresent.

Assistant to Seán Dixon and Jason McConville (son of Bellurgan ‘boss Colm) in previous campaigns, having also led ‘the ‘Mor’ to the First Division title two seasons ago, Maguire took on to head the management team of last year's Premier Division champions.

However, for a variety of reasons, the season didn’t get off to a great start, with their title defence effectively at an end before the halfway stage. But, since the beginning of the new year, there’s been a sea change.

“At the beginning of the year, we were trying to do two in a row, but we got off to a very bad start in the league. We couldn’t get the team out, mostly to do with lads working, but we’re unbeaten since Christmas and I think if we had to have got the lads out sooner, I don’t think there’s a team that would have touched us.

“We finished strongly and played some lovely stuff, got a great run in the cup and are in the final. The Tully Cup is the only thing Muirhevnamor hasn’t won so far,” Maguire points out.

The turning point in their season, he concedes, may have been the 4-0 defeat to eventual champions Newfoundwell in late October. After that, the club advertised for a first-team manager, but with no suitable candidates forthcoming, they battled on and turned things around in spectacular style.

And Maguire senses a hunger in the team to make history in becoming the first Muirhevna Mor outfit to lift the Tully Cup.

“Billy Smith, Micky O’Kane and Chris Caulfield, they’d be three boys who’d have lots of experience of the cup because they won it with Woodview, but a lot of our younger lads have never won it and I think the hunger is going to be there for them to go and win it on Saturday.

“We wanted to go for the cup and the league this year and I think only for how things went at the start, we would have given it a good shot.”

As for the favourites tag, well, Maguire is not certain that his team are home and hosed, as some have suggested.

“Bellurgan are a very good cup team, whereas we’ve never been in the final. We’ve beaten Bellurgan once in the last four times we played them so how could we be favourites?”

- Muirhevna Mor would like to thanks their main sponsors, Mattress Depot Dundalk, for their support throughout the season.