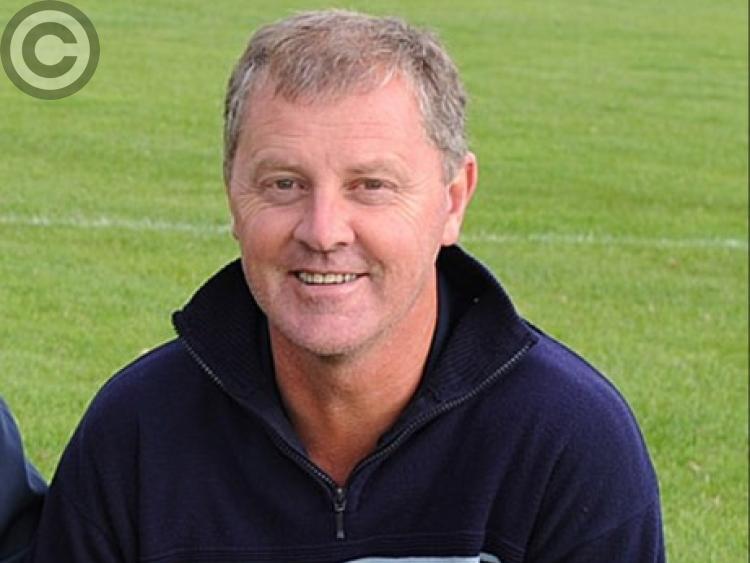 If Paul Kenny managed Louth in the middle of its ‘golden era’ of the 90s, before Paddy Clarke oversaw a transition later in the decade, it’s fair to observe that Declan Smyth presided over the building of the team which reached five Leinster semi-finals in just seven years.

A native of Tuam, Smyth claimed a National League winners medal with the Tribesmen in 1981 before moving to Dublin to pursue his career in PE. His brothers represented Galway too, with PJ winning an All-Star as ‘keeper and Denen collecting an All-Ireland U21 title.

Having moved to Bettystown and taken up a post at St. Joseph’s CBS, it wasn’t long before Frank Lynch approached Smyth - who, in his mid-thirties, had not long finished playing - about training Louth ahead of the second year in the Geraldines man’s term. The Galwegian had already earned himself coaching stripes having worked with Trinity College.

The ‘57 All-Ireland winner, Lynch had taken over the reins at a despondent time in Louth football with the 1987 loss to Wicklow one of the lowest points in the county’s history. Determined to rebuild, ‘89 saw Sam Maguire holders Meath win their Leinster semi-final, 1-15 to 0-13, after Louth had beaten Laois by a single point.

In Smyth’s first campaign training the team, the O’Byrne Cup was won, although Dublin had their measure in Leinster, advancing in their round one encounter, 1-13 to 1-8.

But the Connacht man could sense something locally. One big win could spark the place to life, and so it did. In ‘91, Louth dramatically sent Mick O’Dwyer’s Kildare out of the championship with Stefan White’s goals the inspiration behind the outcome.

“I always felt that we had personnel that we could build on and the win over Kildare was reward for a lot of effort. At that particular time, Leinster was a far tighter competition and we always saw the Kildares and the Laois’ and the Dublins as the teams that we had to measure up to because we were coming from Division Three and Two.”

Yet dampening the hysteria in a bid to ready themselves for the semi-final with Laois was a challenge. In the end, the experience turned sour, especially in the replay when Louth lost heavily and a nasty brawl unfolded.

“I understand that when people are on a high, you have got to bring them down and that’s the psychology of managing a team and the expectations of supporters. We tried to manage that as best as we could. Those couple of years, Laois were a massive team in Leinster and we were the new kids around the place.

“Losing is always hard to take and that one was hard to take, and (then) it certainly boiled over and when things boil over fellas can lose the run of themselves. That happens and it never looks great and then there’s always consequences at the end of it, and people often regret incidents like that.”

The defeat marked the end of Lynch’s tenure and Smyth, ahead of a number of suitors, was named his successor for the following three seasons. His appointment, alongside selectors Peter McCarthy (Cooley Kickhams), Aidan McGuinness (Ardee, St. Mary’s) and ‘Jacko’ Smith (Newtown Blues), wasn’t universally applauded, he recalls, particularly after a poor opening National League campaign.

“I always say that you’re always under a permanent interview when you’re involved in a job where people are observing you. I had great fondness for the players, but you’re in a results business and the early results (were not great), but we turned it around.

“The realistic target for us was to get into a Leinster final and then you have every chance. We never quite made it in my time. The panel were a very talented bunch, but we weren’t just good enough for various reasons against the opposition that we met.”

Year one, Dublin knocked Louth out of Leinster at the semi-final stage, 0-15 to 1-9, after Laois had been pipped a round earlier. It was an agonising loss having led entering the closing stages. Though, despite a more positive league campaign where a place in the following year’s Division Two was secured, Smyth’s side exited the ‘93 championship at the first hurdle. Laois winning 3-10 to 1-13 in Portlaoise.

“We did everything that was humanly possible to win those contests.

“If you go back to the previous years, we were making progress all of the time and we set targets to consolidate our position in the league and to then move out of the division. That required a dedicated bunch and to be meticulous in their preparation and ambition, because they were an ambitious lot and they knew there were markers there.”

His final match at the helm was also against the Dubs. It ended with a seven-point deficit.

Asked to reflect on his five-year stint at the coalface, but particularly his three seasons as the number one, Smyth took time to consider his thoughts, before saying: “I would have been satisfied with the approach that I brought to it. We gave every effort, we tried a lot of new players and I would hope to have influenced every individual player.

“But I would always hone in on Stephen Melia and Peter Fitzpatrick and the rapport they had with the lads and how they always led. God rest him, Stephen and Peter, they would fit into any team in the modern era and in modern football.

“Stefan White, on his day he would turn a game for you, and, of course, Colin Kelly, they were exceptional forwards. David Reilly and Ken would have produced great performances at the time too.

“But, I’ve said it so many times that those two men (Melia and Fitzpatrick) just led by example. That particular combination would have taught the likes of Ken Rooney an awful lot and mentored him tremendously and they were just great leaders.”

He added: “I always go back to the Dublin game (‘92), even though we lost it, and the Kildare game (‘91) because that was against the head - nobody expected us to beat those guys, with ‘Micko’!”